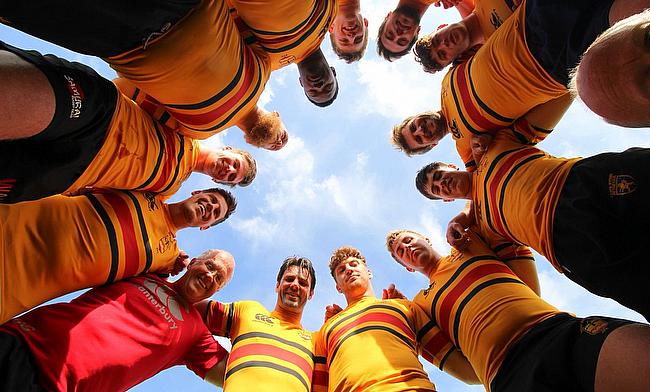 TRU takes a look at some of the major invitational sevens tournaments that have taken place over the last month across all levels of the sport.

Kinsale 7s- Projectx Waterboys won the Kinsale 7s Elitle competiion at the start of May. The Dublin-based Railway Union RFC sealed the Women’s Elite tournament whilst King Prawns were crowned Men’s open champions.This was the 30th year of the largest rugby 7s tournament in Ireland and once again, it provided some cracking entertainment to kick-off the Sevens season.

Rugby4Heroes – Red Panda Women picked up their maiden Sevens title in Leamington Spa as they won the Rugby4Heroes competition last month. Red Panda's Mens side so nearly made it a double in the 10th and final addition of this tournament, but were edged out in the semi-final with Projectx Waterboys winning their second trophy in quick succession.

Bournemouth 7s- The Bournemouth 7s is arguably the highlight of the Sevens calendar for some of the best amateur teams and sure enough it delivered once again on all fronts.

Speranza22 were stand out team across the May bank holiday weekend and they won the Crabbie’s National Cup against British Army. The team was set-up in memory of team-mate Marco Speranza and they are regulars at the Dubai 7s international open, but it was on the south-coast where they tasted glory this year. In the women’s competition, Nomad’s 7s produced a strong couple of days to win the title to complete yet another successful Bournemouth festival.

Huge congrats to @inmemoryofmarco Speranza22 - winners of @Bournemouth7s last weekend! ?? Proud to have helped catapult you to victory ?????? pic.twitter.com/X1f4br5unU

Summer Social – Following their victory in Bournemouth, Nomad's 7s Women's side added another trophy to the cabinet as they picked up the title at Summer Social in Richmond. In the Men's Elite competition,  Wooden Spoon Marauders sealed the trophy on a glorious day in London. Alongside Bournemouth, Summer Social is arguably the 'Glastonbury of Sport' due to its live music/entertainment and it certainly delivered on all fronts in 2018.

Bury St Edmunds 7s – Also in May, was another key date in the calendar – the 2018 Bounce Life Super Sevens Series at Bury St Edmunds Rugby Club. In a sun-drenched Suffolk, it was Premiership giants Saracens who clinched the title. Sarries’ team chemistry was clear and that certainly helped them win the Elite Cup against last year’s finalists Samurai.

Commonwealth and World Cup 7s qualifiers Jamaica were also involved at theGK IPA Haberden, but struggled to make an impact whilst Guilford Bears and the British Army joined Sarries and Samurai in the semi-finals.

Skofic 7 – Skofic 7s was once again a roaring success in it’s sixth year of the tournament which is held in memory of Jonathan Skofic. 24 teams were in attendance at Tarleton Rugby Club with over 50 games played and, in the end, International 7s, Preston Rugby Girls 7s, Wigan Rugby Club and Greek Yoghurts all picked up silverware on another excellent day of rugby in Lancashire.

South West 7s – Bristol hosted the South West 7s tournament at the start of June with Ponty Butchers claiming the the Men's Open Cup whilst Red Panda Women’s were pipped in the Women’s Cup final by Swansea Ladies. The tournament is becoming one of the biggest multi-sports festivals in the area and is a great competition in the Sevens calendar.

Super7s – Also at the start of June, Super7s in Maidenhead took place and it has a real focus on running a professional series. The teams involved are similar to those who played in the Bury St Edmunds tournament, but this time, British Army prevailed in the Cup final as they beat Rambling Jesters whilst Samurai and Jamaica fell at last four hurdle.

Edinburgh City Sevens - The maiden Edinburgh City Sevens took place at the start of June and The South clinched the men's elite title as they narrowly beat Projectx Waterboys in the final at Inverleith Park. Rex Club Red Kites became the inaugural winners of the women's tournament in front of a strong crowd which included Scotland Women's captain Lisa Martin and Scotland and Racing Metro fly-half Finn Russell.

Midlands 7s – West Bridgeford secured one of the most recent 7s tournaments in Sutton Coldfield as they won the Midlands 7s on the second weekend of June. West Bridgeford's squad also included former Northampton Saints player Ben Foden on his return to the 7s stage whilst the Women’s Competition was won by Wasps Ladies.