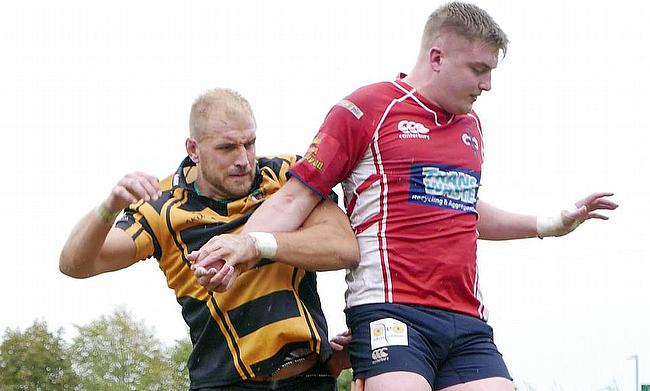 National Two North has already provided us with some excellent action this season and going into this Saturday, expect more of the same with key fixtures at the top and bottom of the division.

At the right end of the table, new leaders Hull Ionians will be hoping to stay at the summit when they host Chester while second placed Hinckley take on Fylde as they aim to bounce back after suffering their first defeat of the campaign in Round Seven.

Towards the bottom, Leicester Lions entertain Preston Grasshoppers with both sides keen to build on their respective victories which they achieved last weekend.

Also, Sheffield Tigers come up against Otley and Wharfedale welcome Macclesfield to the Avenue.

The last time Hull Ionians were in National Two North they gained promotion from the division after a season which saw them pretty much dominate the top two places alongside Ampthill and District. Fast-forward from 2014/15 and history seems to be repeating itself for the I’s who currently sit at the summit of National Two North after a victory over South Leicester last Saturday.

The men from Brantingham Park are now a point clear of Hinckley, who suffered their first loss of the season in Round Seven and that aforementioned defeat came against Chester who visit Hull Ionians this weekend. After losing to Peterborough Lions in Round Six, the men from Hare Lane responded in clinical fashion as they beat Hinckley to get their strong start to the season back on track. Chester will know that Hull have been imperious on their own turf at this level, having won their last 19-matches in front of their own supporters, but they will be keen to topple another one of their possible promotion rivals this weekend.

Last Saturday, Hinckley tasted defeat for the first time this season when they lost to Chester 19-0. It was the first time since January 2014 that the Hornets have been ‘nilled’ and now George Chuter’s side will be itching for an immediate reaction after being knocked off top spot.

The Midlands club are three points clear of third placed Sedgley Park and they can maintain their position in the top two if they can achieve a positive result against Fylde this weekend. The Lancashire club will visit Leicester Road in high spirts after thumping Peterborough Lions last Saturday. It was the sort of performance Warren Spragg was after from his side following successive losses against Sheffield Tigers and Tynedale, respectively. The men from Woodlands are now six points off Hinckley so a win on Saturday would massively enhance their promotion ambitions.

Sedgley Park battled to a hard-fought win against Sheffield Tigers in Round Seven and Matt Bebbington’s side would have been pleased to clinch maximum points at home after a surprising loss to Leicester Lions the week before. Sedge are in the promotion hunt and after making it to the National Two play-off last season, they are certainly in the mix for a shot at National One once again.

The men from Park Lane were fighting alongside Tynedale for a top two finish last term, but their hosts this weekend, are at the opposite end of the table as we enter Round Eight of this season. Tyne picked up their first victory of the campaign against Fylde in emphatic fashion two weeks ago, but they slipped to their third consecutive away defeat last time out at Huddersfield. However, Ben Woods’s side are actually undefeated in their last two home games and they also beat Sedge 46-24 in this corresponding fixture back in September 2017. A similar result could see the north-east outfit move out of the bottom three this weekend.

If you take a look at the form guide in National Two North, you’ll see the name of Huddersfield leading the way. Two narrow defeats to begin season would have been frustrating for Gareth Lewis’s side after finishing in sixth place last term, but they have responded in sensational fashion. Field have won their last five matches which has moved them into the top four of the division and they will be favourites to continue their winning run when they visit Peterborough Lions this Saturday.

The Lions suffered a day to forget last weekend. After clinching their first ever win in National Two North against Chester in Round Six, Simon Moyle’s side were humbled by Fylde so they will be eager to hit back when they host Huddersfield. The men from Bretton Woods currently sit at the foot of the division and seven points off safety, but a second straight home win for the newly promoted side would certainly change their outlook at this early stage of the season.

After back to back defeats against the division’s top two sides, Stourbridge returned to winning ways in Round Seven following a hard-fought win over Wharfedale. It was a welcome victory for Neil Mitchell’s side who have now moved into the top half of the table following a mixed start to the campaign. Stour finished third last term, but their initial aims will be to string some positive consistency together and next on their agenda is the visit of Midlands counterparts South Leicester.

South began the season in fine fettle after securing back to back victories against Macclesfield and Leicester Lions, but since then, the men from Welford Road have struggled to recapture their early season form. They head to Stourton Park this weekend having won just one of their last five games and they are yet to triumph in October. South will now be keen to come away from their trip across the Midlands with a welcome victory under their belt.

It is an all-Yorkshire affair at Dore Moor this weekend as Sheffield Tigers entertain Otley. The hosts began the season with three wins from their first five matches, including victories over Stourbridge and Fylde, but the last two weeks have been tough for Jamie Broadley’s side. Back to back defeats against Huddersfield and Sedgley Park has just tempered their early season form, but after facing two of the current top four sides, they may see this fixture with Otley as the perfect opportunity to get back on track.

The visitors will certainly have something to say about that, though. The men from Cross Green are also hoping for a reaction after successive losses to Leicester Lions and Macclesfield – two sides currently below Otley in the table. The two aforementioned results would have been frustrating for Charlie Maunder and Tom Casson as it leaves Otley just a point clear of the bottom three so they will be keen to bounce back in the Steel City this weekend.

Wharfedale would have been disappointed with the way they started their fixture with Stourbridge last weekend. The Yorkshire outfit were second best in the first 25 minutes, but they responded to come away from the Midlands with some positives despite their defeat at Stourton Park. Their loss in Round Seven means Dale have won just one of their last five games and they will be hoping to improve on that record when they entertain Macclesfield this weekend.

While Wharfedale currently occupy ninth place in the table, Macc find themselves in the bottom three after suffering their sixth defeat of the campaign last Saturday. After clinching an impressive first win of the season against Otley at the start of October, the Blues were narrowly beaten by Preston Grasshoppers in Round Seven which leaves them seven points off safety. It is still very early days, but Marshall Gadd’s side will be eager to put some positive results together as soon as possible.

Preston Grasshoppers Head Coach Paul Arnold was pleased to see his side return to winning ways against Macclesfield in Round Seven. The Hoppers had suffered four frustrating defeats in the lead up to last weekend, but at Lightfoot Green, they secured a welcome win which leaves them 11th in the league standings.

Hoppers head to @leicesterlions1 on Saturday looking for back to back wins for the first time this season. Check out our match preview here. https://t.co/hq92zfiu3D pic.twitter.com/yYRVTKBLPH

The newly promoted side will now have their sights set on back to back victories, but hosts Leicester Lions will have other ideas. After five straight losses to begin the campaign, the Lions have roared into life since the start of the month. Andy Key’s side have picked up consecutive wins against Sedgley Park and Otley to leave them on the cusp of the safety positions. The Midlands club are still in the bottom three, but a hat-trick of wins in October would lift them out of the relegation zone and continue their excellent revival.