How Are Rugby League's Converts Doing? 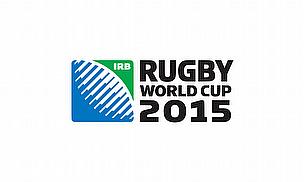 Will any of rugby league's high-profile converts make an impact at the 2015 World Cup?

Sam Tomkins - Time For A Change?
Kyle Eastmond could have been a Lions Winners
Sonny Bill Williams Leaves All Blacks Jersey - Who Will Replace Him?
Five Of The Best For RWC 2015
Tomkins Baa Baa's appearance a dip into the water or a sign of what's to come?
Joel Tomkins: Sink or Swim?
Kyle Eastmond's arrival is nigh, but who is he?
Kyle Eastmond to join Bath at the end of the season

With Kyle Eastmond recently named in England's ETS squad, Benji Marshall signing for the Auckland Blues, and Sam Tomkins voicing his desire to participate, a host of rugby league players could find themselves partaking in the 2015 Rugby Union World Cup.

These players, alongside a few others, will be looking to follow in the footsteps of Jason Robinson and Sonny Bill Williams as league converts to lift the famous William Webb Ellis Cup.

Former Wigan Warriors winger Robinson is arguably the most successful convert ever having scored in England’s 2003 World Cup final triumph over Australia, shining for the British and Irish Lions, and also captaining his club side Sale Sharks to Premiership glory.

Many comparisons can be drawn between Robinson and Sam Tomkins. Having also won the Challenge Cup and Grand Final with Wigan, the full back is rumoured to be a target for Saracens, the club for which his elder brother Joel plays. Akin to ‘Billy Whiz’, he possesses blistering acceleration, footwork, and surprising strength. He has previously been invited to play for the Barbarians at Twickenham where he scored a try in a heavy defeat against Australia in which he appeared on the wing.

While having all the offensive attributes to succeed in Rugby Union, Tomkins would have to work on the subtleties of the defensive side of the game in order to have the potential to match Robinson’s achievements.

Having recently signed for the New Zealand Warriors in the NRL for a world record fee the 2015 tournament may come too soon.

However, he has previously expressed his admiration of the game telling the Daily Telegraph: "I am not one of these people who is all about league and says union is rubbish - the international scene in rugby union would be what I would want to get into at some point if I could."

Auckland Blues’ new signing Benji Marshall has made his name as a mercurial talent playing for the West Tigers Rugby League club. He inspired his country to World Cup success in 2008, and will be looking to repeat that feat in 2015. The All Blacks side which triumphed in 2011 contained two players who started off in the sister code in Brad Thorn and Sonny Bill Williams but Marshall has a long way to go before he can consider replicating their success.

His West Tigers career ended acrimoniously with injuries and poor form alongside his contract dispute. Furthermore, at the age of 28 he will have to adjust quickly and Coach John Kirwin has admitted he is unsure what position he will play.

Even if Marshall and Tomkins were to not play in the tournament, which takes place in England, there are already a host of former rugby league players looking to establish themselves in the lead up to 2015.

Sneaking under the radar due to the Lions tour, Bath’s Kyle Eastmond made an impressive start to his international career in England's series victory over Argentina. The former St Helens half-back was one of the brightest rugby league prospects in the country before his switch to the West Country club.

Marking his first international start with a try, Eastmond could be the man to bring some much needed creativity to England’s midfield as opposed to the current approach of brute force in the shape of Manu Tuilagi and Brad Barritt. With two years still to go before the World Cup, the 24-year-old has time to continue developing and then look to establish himself on the international stage.

One player who certainly won’t have gone under the radar is Australia’s Israel Folau. The Waratahs back made a devastating debut against the Lions, scoring two tries, and was a constant menace throughout the series. Much like Sonny Bill Williams, Folau is a supreme athlete and has already played both top level Rugby League and Aussie Rules Football despite only being 24 years old.

The former Brisbane Bronco finished the 2013 domestic season as the highest metre maker in the Super 15 competition and of all the players mentioned looks at present the most likely to shine come 2015.

However while Robinson and Williams are examples of converts who have shone in both codes, there are many examples of players who have underwhelmed or failed to adapt due to various circumstances.

Often players have struggled to find their best position and as a result may not be able to play to their strengths. One such example would be Andy Farrell, who England’s Rugby Union side may view as 'one that got away'.

Farrell left rugby league in 2004 having just been given the Golden Boot award recognising the world’s best player. A two-time Man of Steel winner, due to injuries he wouldn’t make his debut for Saracens until 2006. His continued involvement in the sport with the Lions, England, and Saracens highlights that he still highly regarded though his playing career was not helped by a dispute over what position he should play.

While the England management saw him as a centre, his club side thought him most effective at flanker. As a result of this he made appearances at flanker, fly-half, inside centre, and outside centre. A member of the 2007 World Cup squad, Farrell could ultimately never hit the heights he achieved in his original code, and retired with only eight international caps to his name.

Alongside Farrell, there are a number of players who have struggled to reproduce the form which originally earned them their transfer. The New Zealand-born trio of Henry Paul, Lesley Vainikolo, and Shontayne Hape made a handful of appearances for England between them, though none of them managed to establish themselves on the international scene. In addition, Lee Smith, Karl Pryce, and Chev Walker have all made the switch in recent years only to return soon after.

A lot can change in two years and it will become clearer which converts, if any, will make it to the World Cup. England’s former Wigan winger Chris Ashton has gone from one of Europe’s deadliest wingers to not making the Lions squad and will be looking to recapture his form which produced one of the great Twickenham tries against Australia. Whether it be Ashton, Eastmond, or one of the Tomkins brothers, hopefully there will be someone to finally step up and fill the great Billy Whizz’s boots.