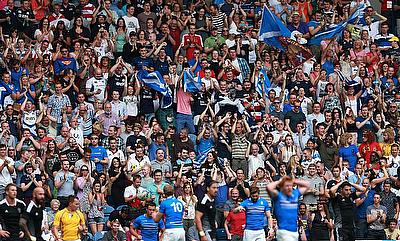 It is round seven of World Rugby’s Sevens rugby circuit and the party is headed to Hong Kong. The Hong Kong Sevens Tournament is the most popular leg of the competition and is an enormous hit in Hong Kong and Asia. Hong Kong stadium sold out weeks ago and the fans will be looking to take the lid off.

The teams love playing in front of the large Hong Kong crowd. The quality of rugby on display in this year’s tournament has been top class and this is unlikely to change. The specimens, skills and speed on display are filthy. The tournament could hardly be set up better with Fiji on 106 points, South Africa on 105 points and New Zealand on 104 points.

Fiji play a loose game, avoiding contact and creating one on one scenarios, where they can beat their man. South Africa have sublime skills and speed to burn out wide. They are slightly lighter, smaller but punch well above their weight.

New Zealand is probably the fittest team in the competition, winning after the siren on a couple of occasions already. They are lethal from turnover ball and punish teams with precision.

These teams are beautiful to watch and are worth the admission price alone. And then there are England, Australia, Wales, Argentina and Samoa who do much more than fill the numbers.

The Rio Olympics takes place from the 5th to the 21st of August this year and teams will be looking to build confidence and put a marker down before the opportunity to win gold in Rio.

The atmosphere is magnificent throughout the three days and fans come from far and wide to experience this carnival of rugby. Saturday and Sunday tickets cost about US$80 and are always in high demand.

The South Stand has a wild atmosphere and queues begin from as early as 8:00 in the morning to get into this area of the stadium. The wicked festival atmosphere in the South Stand is simply unmatched. Fans are responsible and maintain their excellent levels of hydration throughout the day. Get a costume and be prepared to get very dirty!

If you haven’t booked yourself in for this festival of rugby yet, you might want to check it off your list.

Talking Rugby Union will be broadcasting live from the event