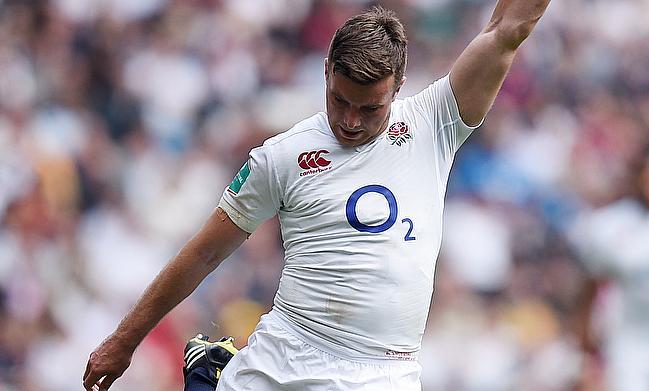 England changed their team around and dispatched the USA in sweaty Kobe conditions.

George Ford conducted the team around the field, spending the first half in command of territory and exerting pressure on the USA set piece.

After an unfortunate departure for their young prop David Ainuu, the Americans found themselves going backwards at every set piece opportunity with England scoring from a couple of well constructed mauls.

The game never looked in doubt and Eddie Jones took the opportunity to do some NBA-style ‘load management’ by bringing his powerful bench on relatively early and looking at some different combinations. It must be grim to see Genge and Sinckler come off the bench and Genge caught the eye with some nifty footwork to go with"

One of the big pluses for England is the resurgence of George Ford - he picked up the man of the match award and looked well in command of this England side - his kicking out of hand was varied and accurate whether kicking for distance or to attack, and he took the ball to the line with aplomb, scoring England’s first try after a yawning gap opened up in front of him.

I’ve always been an advocate of the Ford-Farrell axis, jettisoned over the past year in favour of Farrell performing his club role of fly half, and Ford has really pushed his case as England’s 10 in recent times.

Manu Tuilagi was England’s game breaker in their first pool game but here you could see the value of Jonathan Joseph in the 13 shirt. He didn’t get many touches to begin with but he looked like creating something every time he was near the ball, his eye for an opportunity especially evident when calling for attacking kicks.

Ruaridh McConnochie struggled to get into the game, the ball not making its way over to his wing that often but he got a try in the second half after a scoring pass from Joseph, who also set up Cokanasiga for a score with a pirouetting break. McConnochie was then immediately hooked in favour of Anthony Watson who looked incredibly sharp, pinballing off tacklers and making metres with ease.

This seemed an odd decision, given that it was an opportunity for McConnochie to get some minutes and to rest Elliot Daly, maybe moving Watson to fullback. Jones seems wedded to Daly and while the idea of him as a wide playmaker in a Willie Le Roux style role is one that I’m a fan of, you’ve got to say that his overall contributions recently have not been that convincing. He seems a bit hesitant on the ball and oddly reluctant to use his pace, even if he did put in a good pass in the buildup to England’s opening try

The USA put up a reasonable defence but clearly weren’t quite up to England’s level, even if there was another big shot on Billy Vunipola from Tony Lamborn. Vunipola is the big kid at school at this World Cup and opponents seem to see him as a fun challenge to take on, potentially making a bit of a name for themselves if they manage to put him down. He came off at halftime, Jones saving him for the potentially rumbustious encounter against Argentina.

"Owen's got half of his nose missing but apart from that we're pretty good!"

Another man who’s become a bit of a target for the opposition is Owen Farrell. John Quill’s tackle on him was the first red card shown at this World Cup and it was probably the worst ‘tackle’ we’ve seen yet, managing the triple threat of being head high, pure shoulder and well after the whistle. Farrell was justifiably aggrieved but as I’ve said a few times, people are now aware of his combustible nature and he’ll need to keep his temper in check.

You’d think Quill would be heavily sanctioned for that one and Nic Berry commendably and politely waved off Blaine Scully’s protestations before showing the flanker the red card. England weren’t blameless in this respect as Piers Francis creamed Will Hooley high almost immediately and, although it was good to see the rules applied in Quill’s case, it’s consistency that’s eluding officials at this World Cup as players are struggling to keep their tackles down.

It was good to see the USA finish on a high with a score after a crazy period of play and their back three players Martin Iosefo and Mike Teo’o stood out, beating opponents with footwork and the odd well-timed fend. They will be aiming to take their game against Tonga and I’m sure they’ll improve by the time the next tournament comes around.

England will march on to the Argentina game full of confidence, their game coming together and their players remaining relatively unscathed by the opening two games. Jones’s next team selection will show exactly what he thinks his best combinations are as their World Cup campaign ramps up in difficulty.