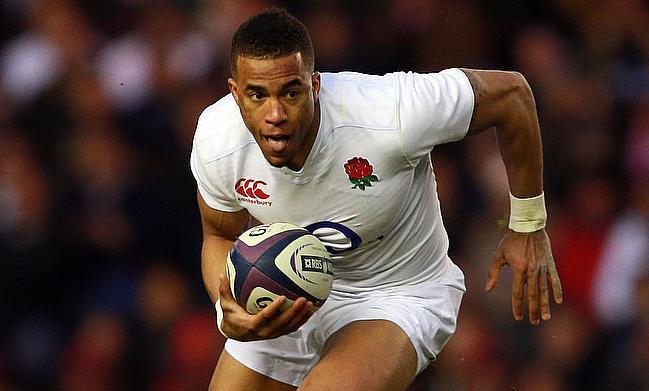 Having made his debut for England in 2014 against New Zealand, Anthony Watson’s start this afternoon will be his 50th appearance for his country.

Currently the joint-top try scorer in the 2021 Six Nations, alongside Wales’ Louis Rees-Zammit, thanks for his efforts against the Italian and Welsh national sides, the 27-year-old is recapturing the form he experienced prior to rupturing his Achilles twice in the space of 12 months between 2018 and 2019.

Completing his 17-month rehabilitation in 2019, the wing’s landmark appearance this weekend, Watson says that he is not thinking too much about winning his 50th cap against France.

“If I’m being completely honest, I’m not too fussed about it,” Watson said. “For me, it is more important to represent my country the best way possible, which will be a win on Saturday.

“It might be something I reflect on when I am done with the game entirely and be very proud that have been able to do it. But for me right now, I am not too bothered about it to be honest.”

Early on in his career, Watson was identified as a star of the future, making his debut for London Irish in 2011, playing in his first U20 Six Nations at the age of 17 and, after moving to Bath in 2013, began to get invited to England camps at the age of 19.

Six Nations, #GallagherPrem and Championship exclusives all across TRU.

Begin your rugby weekend with us ??https://t.co/PGkXzqo0ea

Now one of the more established names in the squad, Watson is honest about how he has matured in the past seven years and has allowed him to become one of the deadliest wingers in the world of rugby.

“When I got my first cap, I was pretty immature,” Watson said. “I was interested in a lot of other stuff as well as rugby and as Kyle Sinckler always said to me; ‘you need to keep the main thing the main thing’ and that is where the shift has come.

“It is more mindset than anything else and focus, in terms of what is important. That’s how I’d say most of it has changed from cap one to cap 50.

“In terms of what were those things (how he was immature), it was just trying to be in the limelight, for not necessarily the right reasons and trying to be more than a rugby player, I guess.

“What changed that, probably a combination of a few things recently. Fatherhood, the Achilles injury was massive for me, because whilst some of the off the field stuff was there, in terms of being able to go out with your friends of being able to do X or Y, the stuff that actually made me very happy wasn’t there.

“Which was being able to play rugby and try and get better and do all that stuff and that was a pretty stark realisation for me and Kyle was really important to me during that whole process, because there were times at the start of that injury where I was trying to do stuff media and marketing wise and he was like ‘what are you doing? You need to keep the main thing the main thing’.

Ahead of 'Le Crunch' on Saturday afternoon, @joeharvey34 spoke to former player and journalist, Jérôme Riondet about how he sees the game panning out??https://t.co/8LhwuNWJA6 pic.twitter.com/hj6h64JHEr

“That hit home with me and made me realise that if I want to keep doing what I love, I need to make sure that is the main thing and not the other way around.”

Whilst this years Six Nations crown may be out of reach for England, for France it is very much the opposite, with Fabien Galthie’s team needing a win to maintain their run for a first Six Nations title in eleven years.

England had a much-improved outing against Wales two weekends ago, many arguing that the 40-24 loss in Cardiff was perhaps one of the team’s best outings since the 2019 Rugby World Cup semi-final victory against the All Blacks.

The task at hand is certainly not beyond England, with the team having adapted training this last week and invited Wayne Barnes and Matthew Carley to the Lensbury, during his press conference on Thursday afternoon, Eddie Jones said to ask Watson whether or not he was driving a Daihatsu or Maserati.

“If I am not moving too well on a particular day or my GPS is slow, I am a Daihatsu for the day and if I hit a top speed or move well, I am a Maserati for the day. He (Jones) often asks me, first thing in the morning, ‘what car have we got today?’, to which I have to say ‘Maserati’.”

England fans will certainly be hoping that this afternoon Watson is the sports car, especially with France coming to town for 'Le Crunch'.

Want to see Anthony Watson and England in action at the 2023 Rugby World Cup in France?

Be the first to get your hands on sportsbreaks.com's priority Match Breaks for #RWC2023. Click HERE to find out more!