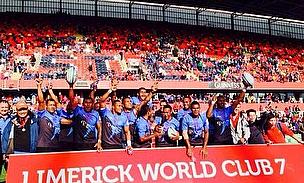 World Club 7s champions, Fijian side Daveta, have named their squad for the Fitness First Central Coast 7s, there they will be competing for the first time.

The tournament forms the first part of their spring tour after which they will head to the Singapore Cricket Club 7s and the Coral Coast 7s, provided they qualify.

Five players from Fiji's 24-man national squad are included, three of whom will be in action at this weekend's IRB 7s event on the Gold Coast.

Fiji 7s captain Emosi Vucago is one of those players along with youngster Jerry Tuwai, who has impressed at the World Club 7s in Limerick and the Oceania 7s.

Forwards Apisai Domalailai, Viliame Mata, Eremasi Radrodro and Levani Kurimudu will aim to provide the strength up front and set a platform for speedsters such as Leveni Kurimalawai to benefit out wide.

They will be coached by Jone Letu and managed by Paula Biu.