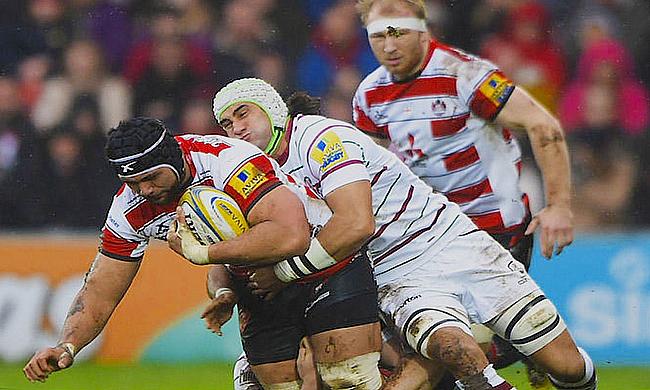 London Irish were unable to repeat the winnings ways of their Boxing Day heroics versus Saints as they started 2016 with a loss at the hands of Gloucester.

Irish started the stronger of the two sides at Kingsholm, taking a well earned 14 – 6 lead into half time thanks to tries from Ciaran Hearn and Alex Lewington gave them the edge over the boot of James Hook.

In the second half, however, things changed as Gloucester staged a comeback to win 27 – 17 guided by the boot of Hook and tries from Matt Kvesic and Billy Burns.

With James Hook kicking 15 points from penalties alone, the Irish discipline was clearly an issue and it was this that Tom Coventry admitted was the difference after the game.

“I thought we were ill disciplined in the second spell,” he said. “I was just looking at the numbers before I came up here and we were penalised 10 – 0 in the second half so a big change in our discipline or maybe perception.

“It is difficult to play with that in those sorts of conditions when you are conceding penalties which lead to points obviously.

“It would have been nice to get some points out of today and the fact that we didn’t is disappointing and as usual as a coach when you sit there and you have had parts of the game under control, pretty disappointing.

“Our lineout was operating at 100% and it was pretty good at stages. Maybe at times we were guilty of not challenging enough on the Gloucester ball.

“It was always going to be a set piece battle and they obviously used there maul well.

“There were 24 lineouts today which is a lot and when you are spending a lot of time defending the pressure obviously is going to tell if your discipline isn’t good enough.”

This result leaves the Exiles at the bottom of the Aviva Premiership, with Falcons leapfrogging them having beaten Bath with London Irish and Newcastle meeting next week and the Madejski Stadium.