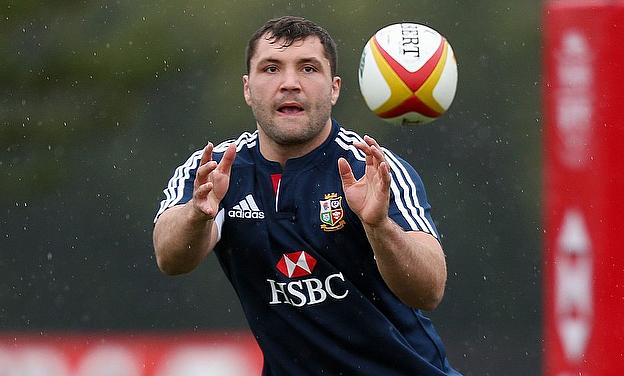 Fit-again Alex Corbisiero can have a "massive influence" on the closing stages of Northampton's Aviva Premiership derby semi-final against Leicester on Friday, according to Jim Mallinder.

The 25-year-old made his first appearance since October after knee trouble as the Saints overwhelmed Wasps 74-13 on Saturday.

Saints will pitch Corbisiero into action on or around the hour-mark, and the "world-class" loosehead could pack down against Leicester's 22-year-old academy graduate Fraser Balmain.

Prop Boris Stankovich is among four Leicester stars unavailable due to concussion protocols, so Tom Bristow will cover Marcos Ayerza from the bench.

Northampton director of rugby Mallinder hailed Alex Waller's impressive season as decisive in keeping Corbisiero on the bench, but backed the returning Lion to wreak havoc in Friday's decisive exchanges.

"We were really pleased with Alex in how he came on last week, but the other Alex, Alex Waller, has had a fantastic season, so we don't need to make any changes there," said Mallinder.

"The eight players who come on will have a massive influence in how the match finishes up.

"You have to be careful with how you bring players back, but someone like Alex Corbisiero is a world-class player, he's shown that with the British Lions last year.

"He hadn't played much rugby but got called up I think from the England tour, and he was outstanding there, so he's proven he doesn't need a whole season behind him, that he can step onto the biggest stage and still perform with limited game-time."

Courtney Lawes returns at lock after being rested for the comfortable victory over Wasps, with Sam Dickinson at number eight.

Leicester bring six internationals back into their starting line-up after fielding a weakened side for their victory over Saracens last weekend.

British Lions lock Geoff Parling, Rob Hawkins, Blaine Scully and Stankovich miss out through concussion, with Leicester hinting the quartet would have been available with an extra day's rest.

Premiership Rugby moved the semi-final forward to Friday in a bid to ease fixture congestion for next weekend's European finals.

"We've come through 22 tough rounds of Aviva Premiership rugby, everyone has worked really hard, and we've shown a lot of resilience to get here," said former England hooker Cockerill.

"Now it comes down to 80 minutes on Friday for a place in the final.

"Saints have had a very good season, they've been on good form, but we've been in decent form too and we will do our best to go there and try to win.

"It's a local derby and a semi-final, it should be a heck of a game."