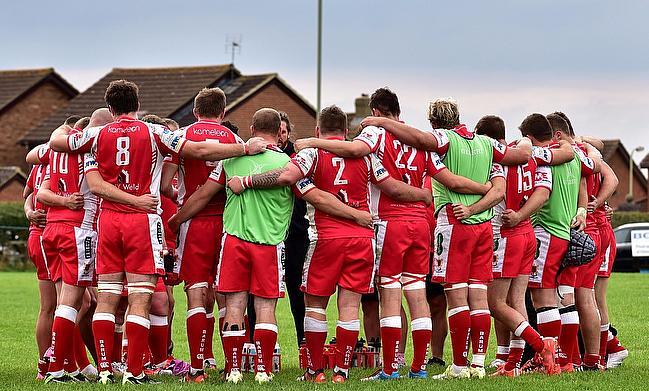 With just two games to go in National Two South, the battle between the sides fighting to avoid the drop has intensified further and we still don’t have a clear idea of who will be safe and who will go down.

Round 28 muddied the waters some more as three of the sides battling for safety all picked up victories, but we did see Exmouth become the first side to drop out of this division after a defeat to Clifton.

Wins for Barnstaple, London Irish Wild Geese and Barnes has kept their hopes of survival alive and kicking while Worthing Raiders have slipped back into the relegation dogfight after a humbling defeat against promotion chasing Chinnor.

Chinnor’s win keeps them on the tails of second placed Old Elthamians who cruised to another bonus-point victory while both the aforementioned sides sit seven points behind league leaders Bishop’s Stortford who left it extremely late to beat an in-form Redingensians outfit.

Bishop’s Stortford are now just one win away from sealing the National Two South title as Tom Banks’ late penalty secured victory over Redingensians in a thrilling contest at Silver Leys.

Scrum-half Banks kept his cool to snatch the win for Andy Long’s men, though Stortford were second best after half-time.

Redingensians scored through Ben Henderson and Jacob Atkins in a pulsating first-half while Will Roberts, Steve Ball, Jimmy Rea and Nick Hankin crossed for Stortford before the break.

Hankin scored Stortford’s only try of the second period as Redingensians took the game to the league leaders. Henderson sealed his brace before Conor Corrigan and Greg Illingworth crossed to level the scores up at 33-33.

However, the visitors’ superb fightback was to be undone as they conceded a late penalty late and Banks held his nerve to clinch a huge victory for Stortford which leaves them seven points clear at the top.

Old Elthamians remain in the play-off spot in National Two South securing their fourth bonus-point in a row against Bury St Edmunds.

Second-half scores followed for Jay Rutland-Thomas and Alex Brown, with Tom White and Will Robinson kicking 17 points between them.

Bury St Edmunds could only manage consolation tries from Darren Gillespie and Chris Snelling as OEs remain on course to finish in the top two.

Chinnor responded to the disappointment of dropping out of the promotion places last week by demolishing Worthing Raiders at Roundstone Lane on Saturday.

The Black and Whites were almost out of sight at half-time as Ben Manning, Koree Britton, Luke Hibberd and Kieran Goss all crossed.

Tries by Joe Watson-Brookes and Grant Gatford just before the break kept Worthing afloat, but they failed to build on that in the second period as Chinnor became rampant.

Tries from Blake Lugg, Conor Harbison and Sam Prior put the Titans 21-12 up at the break.

Kyle Marriott and Lewis Vinnicombe went over for Redruth in the first period, but the visitors found themselves further behind after the interval as Nick Mason crossed.

Freddie Fraser then went in for an unconverted try for the hosts and Redruth took advantage of the missed extras as Oulton crucially touched down before Rule kept his cool to seal the draw in Somerset.

Barnstaple took a huge step towards safety in National Two South after they beat Cinderford at Pottington Road.

Cinderford dominated large periods of the first-half but they trailed 6-0 at the break thanks to two Jordan Petherbridge penalties.

Barum sparked the game into life at the start of the second half as Linford Brock scored the opening try of the afternoon before Petherbridge and James Moffat exchanged penalties.

Joe Smart went over late in the game for Cinderford, but it was merely a consolation as Barnstaple secured their second win on the spin which leaves them five points clear of the relegation places.

Exmouth have been relegated from National Two South after falling to a defeat away at Clifton.

Exmouth responded with scores from Jack Downie and Mark Wathes, but the home side were able to extend their lead before the break as Max Woodward dotted down.

Downie grabbed his second try of the afternoon just four minutes after the restart and when Richard Cadywould slotted over a penalty, Clifton’s lead was now only four points.

However, a quick-fire double from Dan Wells either side of the hour ultimately sealed the win for Clifton and confirmed Exmouth’s relegation from this division.

Barnes picked up their first victory in nine matches as they beat Canterbury in Kent to move to within two points of confirmed safety in National Two South.

A brace from Captain Jamie Collins and a score by Fraser Carlisle gave the visitors a deserved interval lead.

The hosts scored 11 unanswered points after the break, including a try by Sam Kenny, but a controlled performance by Barnes guided them to victory against a below-par Canterbury.

London Irish Wild Geese battled back to secure a crucial victory against Henley Hawks at a scorching Hazelwood.

The Sunbury side came from behind in the second-half to score three tries which helped them clinch their seventh win of the season.

The result for Wild Geese means they are now just a point from confirmed safety, but as things stand, they will avoid relegation even if they finish in 14th place because they have a better points total than Sheffield Tigers who sit in the same position in National Two North.

As for Henley Hawks, they remain in 10th position but they couldn’t find a positive result in their final away game of the campaign.