Clermont put Saints to the sword 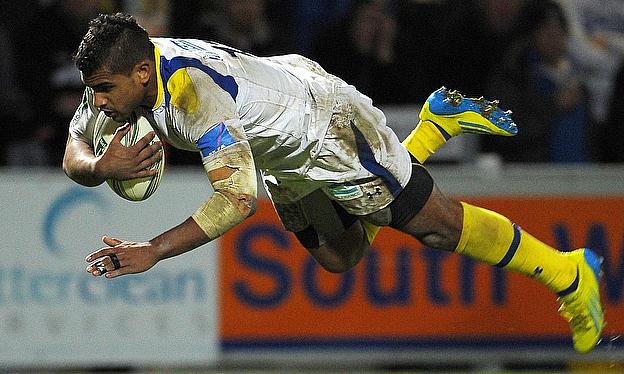 Wesley Fofana went over for one of Clermont's tries
©PA

Northampton completed a chastening day for English clubs in the quarter-finals of the Champions Cup after being put to the sword by Clermont at the Stade Marcel-Michelin.

Just hours after Bath had succumbed to Leinster in Dublin, the reigning Aviva Premiership champions and runaway league leaders leaked four tries to their dazzling opponents who had amassed a 27-0 lead by half-time.

Every bit as impressive as the spellbinding Fofana was man of the match Abendanon, who ran amok in the Massif Central with a series of graceful runs that must have caught the eye of England selectors.

It took until the 68th minute for Northampton to register their first points through a try by Alex Waller, although the aftermath of the score was mired in controversy as the substitute prop then appeared to land a blow on John Ulugia as they wrestled on the floor.

Saints' quarter-final preparations were hit by the loss of George North to concussion, but the presence of their giant Wales wing would have had little impact on a match dictated by Clermont's brutish pack and lit up by the ingenuity of their backs.

Worrying signs for Northampton were evident as early as the fourth minute when their scrum collapsed in front of the posts and James landed the three points.

The opportunity appeared to have been ruined when Nakaitaci spurned a three-on-one overlap, but the slippery France wing cut back inside to force his way through a wall of defenders.

Myler missed a penalty to precede a breathless passage of play that saw the ball travel from end to end and was topped by Fofana's weaving 30-yard break that was ended by a forward pass.

It was all too easy for Clermont as the outstanding Abendanon glided through heavy traffic before feeding Fofana, who once again caused mayhem in the Saints defence.

White shirts were queuing up to complete the run in when the ball was spun right and it was Nakaitaci who strolled over for his second.

Any hopes of Northampton staging a comeback ended a minute before the interval when Abendanon cast his magic once more before finding the equally bewitching Fofana on hand to finish the move.

Trailing 27-0 at half-time, there was no way back for Saints with James' 47th minute penalty adding to their misery.

Worse was to come, however, as their most promising spell of the match that signposted an imminent try was brought to a halt when centre George Pisi dropped the ball in contact and Abendanon plucked it up before running almost the length of the pitch to score.

Clermont captain Damien Chouly was sin-binned for interfering at the breakdown and with a man down it took a forceful try-saving tackle from Abendanon to stop Saints from scoring from one move.

Gaps still appeared in the Top 14 club's defence, however, and Waller strolled over, before taking exception to Ulugia falling on him in the act of scoring and retaliating.