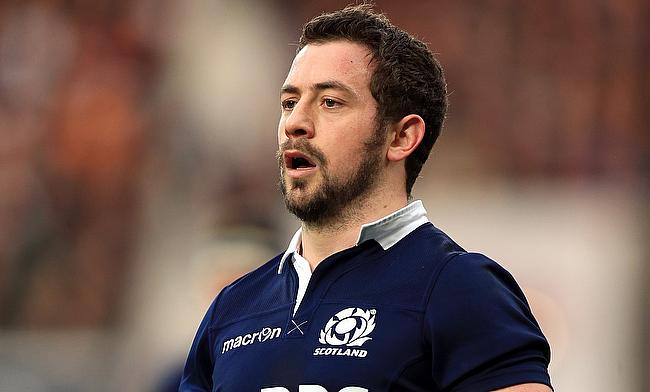 So often the bridesmaid and never the bride, Clermont finally lifted European silverware on Friday night, defeating Top 14 rivals, La Rochelle, 36-16. It was Greig Laidlaw’s calming influence and calmness from the tee that was the real difference between the two sides.

Introduced in the 17th minute for the injury-stricken Morgan Parra, who had just nudged Clermont ahead with a penalty just five minutes before. The Scottish international was called into action soon after, kicking a penalty that was soon followed by one from La Rochelle’s Ihaia West.

Clermont would be in the ascendency going into to half-time with thanks to a well-worked Damien Penaud try, the French international slipping through the La Rochelle defence with relative ease. Laidlaw added the extra’s from a tight angle. The score at half-time was 13-6, thanks to a second West penalty.

At the start of the second half it was much of the same. West missed a penalty early on into the half but made up for his mistake moments later with another attempt. Laidlaw still made the most of West’s missed effort, kicking two from the tee himself.

Clermont took further control of the game in just the 58th minute. An extremely well worked driving maul scythed through the wavering La Rochelle pack, who were clearly getting tired from what had been a pretty loose fixture up to that point. Laidlaw converted the try to all but guarantee the trophy.

Following a string of changes to the La Rochelle pack, the side from Charente-Maritime started to look like finalists, with Thomas Jolmes being particularly influential. Their efforts eventually lead to a spiralling Uini Atonio carry that gave him a try and La Rochelle fans the hope that it wasn’t all over. West converted the score.

Bus loads of Clermont fans had been making their way into the city all day and in the final ten minutes their voices had begun to rise above the rest. The cheers became louder when club stalwart, Wesley Fofana latched onto a grubber kick from international teammate Camille Lopez. Laidlaw converted and minutes later his side was reduced to 14 men, Alivereti Raka knocking the ball forwards, preventing La Rochelle from scoring.

Clermont didn’t let that affect them. Laidlaw putting the icing on the cake for Clermont with a 79th minute penalty. Finally, that long wait for a European trophy is over.