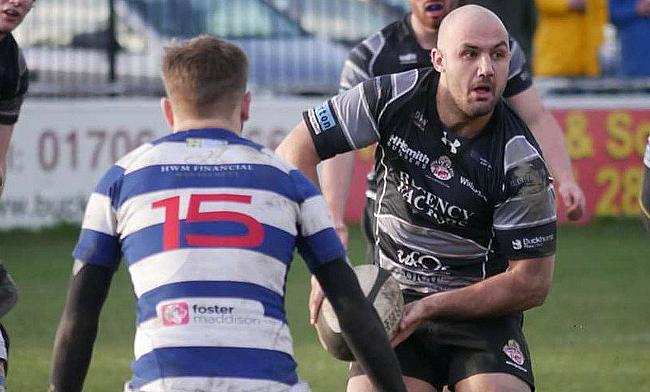 We may only be three weeks into the season, but both Caldy and Sedgley Park will be eager not to let their standards slip as the opening month of the campaign draws to a close.

Both clubs boast a 100 per cent win percentage thus far and it is Caldy who sit at the summit of National Two North as things stand. The Wirral outfit visit a familiar foe in Loughborough Students this weekend and Sedge will be targeting a fourth straight win when they entertain Tynedale.

Fylde and Hull are also still unbeaten as we head into the final Saturday of September. Both have secured two wins and a draw thus far and the Lancashire club take on Huddersfield in Round Four whilst Hull host Hinckley at Chanterlands Avenue.

Elsewhere, Stourbridge and Sheffield Tigers will be looking to bounce back from their first defeats of the season when they travel to Otley and Preston Grasshoppers, respectively, whilst Chester face Luctonians and Wharfedale take on Scunthorpe.

This will be a meeting of two recently relegated clubs, but their fortunes since returning to National One have been contrasting. For Caldy, they are currently leading the way at the top of National Two North after three successive victories. Last weekend’s win away at Sheffield Tigers was an impressive one and Gareth Davies’ men are displaying all the qualities of a side which is keen for an immediate promotion.

As for Loughborough, they haven’t found it as enjoyable thus far. The Students have lost two of their three matches against Stourbridge and Chester, but their sole victory did come at home when they swept Hinckley aside in Round Two. Rhys Edwards’ side are still waiting for things to gel and this weekend, they will be hoping for a repeat of last season’s 53-19 victory over Caldy.

Sedgley Park have settled into their groove very quickly this term following three wins out of three. Scott Barrow’s side have gone about their business extremely well thus far and considering they had a patchy beginning to last season, Sedge will be pleased with how they have started this time around.

Whilst wins are coming each week for Sedge, Tynedale are still waiting to get off the mark. Defeats to newly-promoted Hull and Luctonians were followed by an enthralling draw against Otley, which would not have suited either team. Ben Woods’ men have had a frustrating September, but they have the chance to end the month on a high note by becoming the first side to inflict a defeat upon Sedge this term.

Fylde head in to their final fixture of the month still boasting an unbeaten record. Warren Spragg’s side would have been disappointed with the way they ended last season, but two victories and a draw with rivals Preston Grasshoppers represents a solid start for the Lancashire club.

Next up, they face a Huddersfield side who have not picked up a win so far this season. Successive draws against Hull and Otley was followed by a home defeat against Sedgley Park in Round Three and Gareth Lewis’ men are aware that a trip to Woodlands in Round Four will be a challenge for them as they aim to get off the mark.

After four years away from National Two North, Hull have returned to this level and it is fair to say the Yorkshire club have made a superb start to this campaign. “We set our standards high,” forward Mike Jobling told us prior to their clash with Stourbridge last week and Hull certainly showed their qualities to defeat the Midlands club in their own backyard.

Gary Pearce’s men are unbeaten as September draws to close, but they come up against a Hinckley side who will be rejuvenated heading into Round Four. The Hornets put a disappointing opening two games behind them and produced a brilliant second-half performance against Luctonians to register their first win of the season last weekend. Scott Hamilton’s side have not managed back to back victories since this time last year so can history repeat itself almost 12 months on?

Stourbridge’s sense of disappointment after their defeat to Hull would have been clear last weekend as Neil Mitchell’s side saw their perfect start to the campaign come to an end. The Midlands club conceded far too many penalties and were punished on their own patch, but Stour will now be eager for an immediate response.

It is still a solid start to the campaign for the visitors whereas Otley enter the final weekend of September still seeking their first victory. Successive draws as well as a loss to Wharfedale on the opening day means it has been a tough month for Charlie Maunder and Tom Casson’s side so the Yorkshire outfit will be hoping to get their season up and running at Cross Green on Saturday.

You could not deny any early optimism which may have been surrounding Sheffield Tigers ahead of last weekend’s fixture with Caldy. Jamie Broadley’s men had secured victories over Chester and Scunthorpe to begin the campaign, but their good form was halted in Round Three as they were brushed aside by the new league leaders.

Nevertheless, the Tigers have the opportunity to turn a good September into an excellent one when they travel to Preston Grasshoppers this weekend. Last Saturday, Paul Arnold’s side would have received a boost as they picked up their first victory of the season and with the Lancashire club back at Lightfoot Green once again, they will be targeting consecutive home triumphs to end the month.

Jan Van Deventer insisted it was too early to panic after Chester’s back-to-back losses and the Director of Rugby was spot on as his side claimed their first win of the season in Round Three. The men from Hare Lane defeated Loughborough Students and now they travel to Luctonians aiming for successive victories.

The hosts made a superb start to life back in National Two North following an opening day triumph against Tynedale, but Ryan Watkins’ side have not been able to build on that victory so far. Successive losses to Stourbridge and Hinckley means the Lucts will now be targeting their first home win of the campaign to conclude September.

Wharfedale will be keen to end the opening month of the season with a victory after two straight defeats. The Greens have recently faced tough opposition in the shape of Sedgley Park and Fylde, but now the Yorkshire outfit have the chance to pick up their second win of the campaign away at newly-promoted Scunthorpe.

It is early days and the home side are still waiting for their first victory, but you cannot question Scunthorpe’s desire to get off the mark. Tim Robinson’s side have scored 83 points in their three games, but they are also leaking a large number of points. If the Lincolnshire club can tighten things up this weekend, they could head into October with their maiden win under their belt.