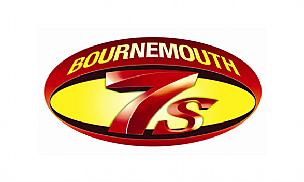 The celebrated Bournemouth 7s Festival has sprung back to life with team entry for the 2013 festival opening and tickets going on sale for the sixth edition of this spectacular event. Following unprecedented success in 2012, the festival has returned with a fresh new website, a brand new sport and a continuing commitment to be the best.

As the largest rugby, netball and music festival in the world the Bournemouth 7s Festival is a must attend event in 2013. With over 200 rugby teams and 100 netball teams competing in a range of competitive and social competitions, the festival is an action packed weekend of sport, music and entertainment.

Having firmly cemented its place on the sporting and music calendars, the Bournemouth 7s Festival kicks off the festival season over the Spring Bank Holiday weekend. From the 24th - 26th May 2013, 20,000 people will descend on Bournemouth Sports Club.

The festival's owners, Diamond Sporting Group, have created a unique event that has made a significant impact on the world rugby scene, overtaking the renowned tournaments Dubai and Hong Kong Sevens for team entries. Furthermore, the 2013 festival sees the exciting addition of Dodgeball, with 16 teams taking part in the competition which is currently thriving across the country.

Meanwhile, the National Netball tournament at the Festival is the largest netball competition in Europe, with the prestigious Champagne Cup playing host to a number of England internationals.

The Bournemouth 7s Festival has 8 Festival Arenas with a massive array of entertainment, live music and spectacular shows. Nintendo Wii Fit Plus, who have been title sponsors of the festival since the inaugural event in 2008 return in 2013.

Live bands and DJs will be on stage all weekend in both the Carlsberg Beer Tent and on the Nintendo Festival Stage whilst the Animal Bike Tour and Wave 105 Family Zone will keep the whole family entertained. With children under 10 admitted free, the Bournemouth Sevens Festival has something for everyone

Roger Woodall, Festival Director, commented, "There's so much going on at the festival with top quality sport, live music, fancy dress, a pitch side jacuzzi and camping for 3,000 people. The festival has helped put Bournemouth on the map and it's great so many people keep coming back ?.

The live, onsite entertainment at the festival will keep the hustling crowds busy from 9am until 1am. Festival attractions include: