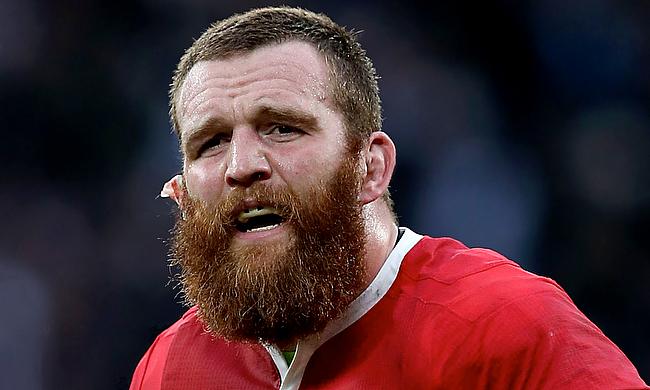 Wales and Scarlets lock Jake Ball is moving back to Australia at the end of the season, bringing the curtain down on his international career and his time with the Welsh rugby.

The region confirmed his scheduled departure on Tuesday afternoon and the news will come as a real blow to Wales boss Wayne Pivac.

However, the move, according to report, has been made for family reasons. Ball's wife Christie returned to Australia earlier this year with the couple's three children and she gave birth to their fourth last month, with the lock thousands of miles away.

Ball is yet to meet his newborn son, Max. With his family now settled back Down Under, Ball will join them in the summer.

"It has been a difficult decision to make but one I have made for the family.

"My wife was expecting our fourth child and with Covid around and players having to be in bubbles and everything, we made the decision that she and the kids should go home to have some family help and support around her.

"Max was born last month; there have been Zoom calls and things, but I haven’t seen him yet and it has been difficult. As the season goes on, it would be pretty tough of me to ask Christie to come back here away from her family again.

"It has been a fantastic nine seasons I have been here. I love the Scarlets and playing with Wales has been unbelievable and something I will never forget.

"It has been a massive honour to represent my country, but at the end of the day I made a huge sacrifice in staying behind for a year without my family. I have four kids now and I won’t have seen them for close on a year."

Aussie rugby faithfuls as well as a Scarlets and Wales supporters can check out our reviews on aussie casino online for when the Aussie rugby matches return and for a chance to claim 100% sign up bonus.

Ball was born in Ascot but grew up in Perth, Australia. He is eligible to play for Wales through his Welsh father and currently has 49 caps to his name.

Even if he features in the Six Nations, he will fall short of the 60-cap mark, which means he will be ineligible for selection under the Welsh Rugby Union's selection policy after he moves in July.

In the last 18 months, Ball has played some of the best rugby of his career and was a standout operator at the 2019 Rugby World Cup, partnering captain Alun Wyn Jones at lock.

Speaking on this, Ball added:

"I owe a lot to the Scarlets and Welsh rugby.

"I was at the Western Force before, but it was the Scarlets who gave me my first real shot in senior rugby and it will be nice to finish off on a high and reward the Scarlets for everything they have done for me over the years.

"I have some very special memories and have got to do some fantastic things. We have won the PRO12, made a European semi-final; there has been a Grand Slam and two World Cups with Wales. I have no regrets with what I have done here.

"I am just hoping we can have supporters back at Parc y Scarlets before the end of the season. It would be great to have them here so I can say my farewells properly."

Ball signed for the Scarlets in 2012, joining from Australia's Super Rugby franchise Western Force. He has since played 127 times for the region and would have racked up far more appearances for club and country were it not for a myriad of injuries during his stay in Wales.