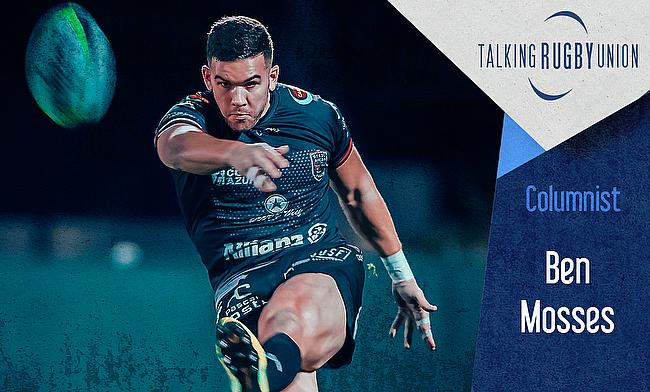 In his first Six Nations column for TRU, former Bristol player Ben Mosses talks about his move Stade Nicois and the prospects for France in the upcoming Championships.

Having played my whole career in England, but being born in Paris to a French mother, it would be a waste to have not sampled the French rugby lifestyle before my playing time is up.

I’d always heard of the stories of the French, the cigarettes, the wine at half time and of course the 15-on-15 brawls, you could perhaps throw a few supporters into that too.

My old man played for Racing 92 in the late 80’s 90’s (that’s how he met my Mum) and he said before I moved over here “keep your head on a swivel son.” So, on arriving here in the sunny south of France I made sure to come in with an open mind. To say it’s a similar culture here as to England is like saying white wine and red wine taste the same. Two worlds apart.

In the morning you greet EVERY member of the team with two kisses, it would be implied rude not to. There are guys sneaking off for cigarette breaks in-between sessions, and I’m informed that doesn’t change the higher the league. French rugby equals cigarette culture.

They’re not impartial to a glass of red the meal before kick-off too. It’s taken a while to get used to, but I’d be lying if I said I wasn’t enjoying it. The sun, the 15-degree winter training sessions and the people. The people particularly at this club are fantastic, the French are very emotional people, and once you’re one of their own it feels a like a great big family. They’ll have your back at a moment’s notice.

It’s also nice having come from England where everything is so precise and manufactured, you have to do x, y and z otherwise its wrong. Here they play rugby with a freedom that comes from the love of “French flair” combined with an enthusiasm for aggression it makes out of entertaining rugby. I’ve seen more fights here in 15 games as I have my whole career in England.

One thing which really is drastically different is the support for rugby compared to England. Yes, the Premiership is well supported, Bristol and Leicester paving the way attendance wise, but here in Federal 1, we’re playing six games plus on national TV. You play against the old giants of the game in Bourgoin and Narbonne with north of 4,000 people watching. It’s astonishing considering the level.

French rugby has taken a massive change in direction. Fabien Galthié has decided it is out with the old and in with the new. Nineteen uncapped players in his 42-man squad and an average age of 24 underlines that.

You can see why he’s decided to go with youth, France have won the last two World Rugby Under – 20 Championships, so better now than ever to try and transition that dominance into the men’s senior team. From talking to the boys here at Nice, there is an overwhelming sense of optimism that this French team can turn over some of the big dog and like most teams in the Six Nations, their number one target is England, “Le Crunch” in Paris. A romantic fairy-tale for this new look team? Time will tell.

Preparations have begun. Funnily enough they’ve set up camp here in Nice at our training ground, which has been great for the players. Getting an insight into training close up has been fascinating and I’m certainly excited by the fresh blood coming through.

Whilst there is a quiet expectation that this French team can turn over England, I’m not so sure, I’m just quietly confident I’ll be feeling smug coming into training on the Monday after. Either way I can come in my French shirt if it all goes wrong.  Whatever happens I win!