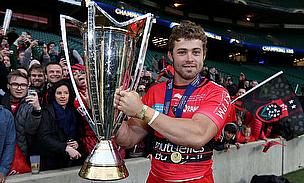 Bath and Wasps will be facing defending champions Toulon and Irish heavyweights Leinster in next season's Champions Cup after being drawn in a tough pool.

The Aviva Premiership sides will be in Pool Five for the 2015-16 tournament and their was real shock at the draw in the Neuchatel auditorium in Switzerland when Toulon and Leinster were named alongside them.

Toulon will be aiming to win the competition for a fourth time after they beat their French rivals Clermont-Auvergne in last year's final at Twickenham.

Leinster have been champions on three occasions before and Bath will be wary of the Irish outfit as they knocked them out at the quarter-final stage last campaign.

Elsewhere, current Aviva Premiership champions Saracens take on Ulster, Toulouse and French side Oyonnax who will be making their debut in this competition.

Clermont seem to have a much easier task to reach the knockout stages as they face Ospreys, Exeter Chiefs and Bordeaux-Begles in Pool 2.

Pool four sees two-time European champions Leicester pit their wits against French title winners Stade Francais and Munster, and all three teams will be looking to exploit the only representatives from Italy in the competition - Benetton Treviso - who are the final side in that group.

European Professional Club Rugby stated that both the 2015-16 elite club competitions will will be held at the Grand Stade de Lyon. The Champions Cup will be take place on 14 May with the Challenge Cup being played the day before.

They also confirmed that the two finals in 2017 will hosted at Murrayfield in Edinburgh.