Back three struggle as Lions lacked intensity against Springboks 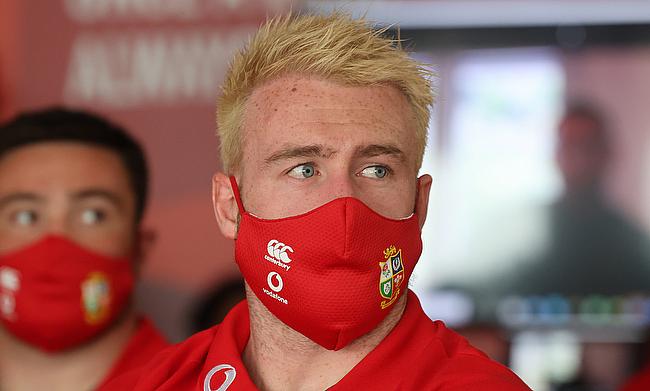 Stuart Hogg had a difficult game in the second Test
©INPHO

1. Mako Vunipola: Impressive in the loose, with strong carries however wasn’t massively successful in the scrum. Possibly substituted early - 7/10

2. Luke Cowan-Dickie: Improved in the lineout from last week, could have offered more in the loose with his carries. Felt he was subbed off too early as appeared to be growing into the game - 6/10

3. Tadhg Furlong: Coped well with the scrum pressure, however, didn’t offer much with carries - 6/10

4. Maro Itoje: Superb first half with some excellent lineout steals and huge defence. Played well in the second half but needed some help from the rest of his pack - 8/10

5. Alun Wyn Jones: Put himself around the park imposing his physicality, however, wasn’t hugely impactful and outmuscled second half - 6/10

6. Courtney Lawes: Was good in the lineout first half but didn’t really get into the game in the second half - 6/10

7. Tom Curry: Made some huge tackles throughout the game and defended well, however a player of his ability needs to offer more - 6/10

8. Jack Conan: Made some carries but didn’t carry his performance over from last week. Went missing in the game and could be dropped out of the starting team for Saturday - 5/10

9. Conor Murray: Put in some decent box kicks, however, was too slow to some breakdowns and played at a tempo that played into South Africa’s hands - 5/10

10.  Dan Biggar: Produced some very good high balls putting the South African back three under huge pressure, however missed a crucial penalty at that time in the game and lacked any creativity in attack - 6/10

11. Duhan van der Merwe: Would be shocked if he starts in the deciding Test. Made no impact with his running game, couldn’t handle a high ball and to top it all off got a yellow card - 4/10

12.  Robbie Henshaw: Always trying to get involved however made little impact, unlucky not to score a try, when he was ripped when grounding the ball. A solid performance but needs to offer a bit more - 6/10

13. Chris Harris: Made some great hits in defence but went missing and did nothing in attack - 5/10

14.  Anthony Watson: On the graveyard shift once again, barely touched the ball, and struggled under the high ball. - 5/10

15 Stuart Hogg: Very unconvincing under the high ball, caught a few but for the most part struggled massively. Expect Liam Williams to come in for Saturday - 5/10

16.  Ken Owens: Poor in the lineout, missing two throws in key positions for the Lions. Along with other front row replacements got dominated in the scrum - 4/10

17.  Rory Sutherland: Got dominated by the South African replacements in the front row - 5/10

18.  Kyle Sinckler: Got outmuscled in the scrum, tried to make an impact in the loose but mostly unsuccessful - 5/10

20. Talupe Faletau: Almost made a line break, did little to really effect or change the game for the Lions - 6/10

21.  Ali Price: Managed to speed tempo up when he got the chance, but Lions were starved of possession for the majority of time he was on - 6/10

22.  Owen Farrell: Put in some good attacking kicks to gain the Lions some territory and almost put Faletau through a gap. Needed some more ball and options from his teammates to change the game. Wouldn’t be surprised to see him start at 10 or 12 next week as probably most impressive off the bench - 6/10

23.  Elliot Daly: N/A didn’t get any ball to really make an impact