Arnold: Fylde need to “start making their own luck” 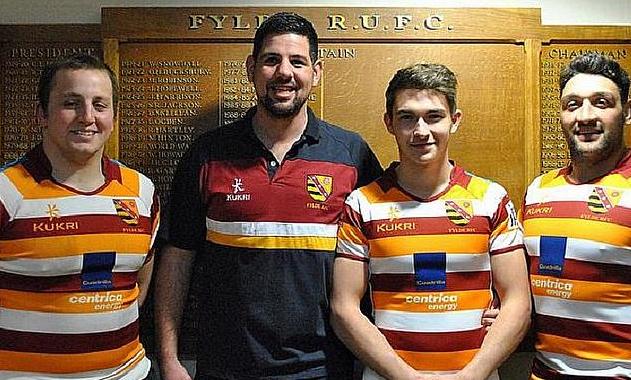 Greg Nicholls: The player behind the doctor
Who will hold their nerve in National One?
Arnold and Fylde looking to extend winning run
Fylde sign up trio of players for 2015/16

Fylde Coach Paul Arnold wants his side to “start making their own luck” beginning with their game at home against Plymouth Albion on Saturday afternoon.

Fylde are back at Woodlands this weekend where they have only won three times this season, but have lost their other five home matches by just 10 points or less.

They face a Plymouth Albion side who are in good form – five victories in their last six is the best run of results Albion have had since relegation from the Championship, but a surprise defeat to Hull Ionians last weekend ended a winning streak.

Despite that loss, Arnold expects a reaction from Albion on Saturday but has urged his side to remain confident that they can turn their home form around.

“It can be frustrating, but the lads are working hard and it’s all about fine tuning one or two things which we need to focus and we have been doing that. We have focused more on our defence over the last few weeks to try and solve a few problems.

“Predominantly at Fylde, it’s something we have not usually focused on because we have always been attacked minded, but if you look at the points for and points against table, it proves that if we can tighten up the defence, we can stop these one point losses and turn them into 10 point wins.

“Little bits of luck just aren’t going our way at the moment, so it’s time to make our own luck.”

Fylde’s three home victories this season in National One were against Loughborough Students on the opening day of the season followed by wins over Rosslyn Park and Cinderford.

Plymouth Albion have won 10 games this term with five of those victories coming away from home including wins against Hartpury College and Rosslyn Park.

As it stands, Fylde lie 10th in the National One table, but are only seven points outside the top half while Plymouth can go has high as fifth if they come away from Lancashire this Saturday with a win and other results go their way.

And Arnold admits his Fylde side will face a tough test against Graham Dawe’s men.

“They are going to be well drilled. Graham Dawe’s is a very good coach who has been around for a long time and I have come up against him before and played against him too,” he said.

“I’ve come up against him when he has been at Plymouth and when he was in charge of Cornwall when I was involved with Lancashire and I know they will be organised on Saturday. They will have a good pack and will also be decent in the backs and I think quite a few of them are still full-time so we know it’s going to be a tough task.

“It’s important for us to take the positives from our previous matches into Saturday’s. In the last four games, we have played the top three sides and we drew away at Blackheath and lost to Hartpury and Richmond by a point. We are not far away from where we want to be, but we have got to get there a bit sooner now.”

Elsewhere this weekend in National One, the top three sides all face tricky away fixtures while this round of fixtures could be pivotal in determining who could be relegated into the fourth tier of English rugby.

Richmond travel to Coventry on Saturday who have really not found this season as straight forward as the league leaders have so far.

The hosts were tipped to finish towards the top end of the table, but currently find themselves languishing in ninth place while Richmond lead the way by three points.  The away side will need to maintain their winning ways if they are to stay top of the pile heading into the final third of the season.

Second placed Blackheath face a tough test this weekend as they travel to a bang in form Darlington Mowden Park side.

DMP have soared up to sixth place in the table after eight straight wins and will fancy their chances, especially at home, to stretch that run to nine. Club will have to be at their best to take anything away with them from the north-east and know they need keep picking up wins to stay in touch with Richmond.

This is arguably the game of the weekend and certainly the game in the top half as third placed Hartpury College take the trip to fourth place Esher with both sides harbouring ambitions of promotion.

Ampthill and District are up to fifth place in the table and travel to a relegation threatened Henley Hawks on Saturday.

Both of these sides were promoted into this division for this season, but have had contrasting fortunes. With the A’s in the top five, Henley are 14th in the table and five points from safety, but they performance against Blackheath last weekend will give them confidence that they get a result against Ampthill on Saturday.

Rosslyn Park slipped down to eighth place last week and this Saturday they take on a Hull Ionians side who will be full of confidence after beating Plymouth Albion in their previous match.

You would think Park would be too strong at home, but the I’s proved last week they will not roll over easily as they go in search of back to back away wins.

Now on to the relegation battles and we start in the north-east where Blaydon host Loughborough Students this weekend.

As it stands, both teams are above the relegation zone and this is certainly classed as ‘a must win game’ as a defeat would leave either side under serious pressure.

The second instalment in the relegation battles sees the bottom two sides clash with Wharfedale travelling to Cinderford.

New coach Adam Balding may see this as a perfect opportunity for Cinderford to move off the bottom of the table and a win for his side will do just that. Once again, the team that suffers defeat in this one will be left with a lot of work to do to escape the relegation zone.