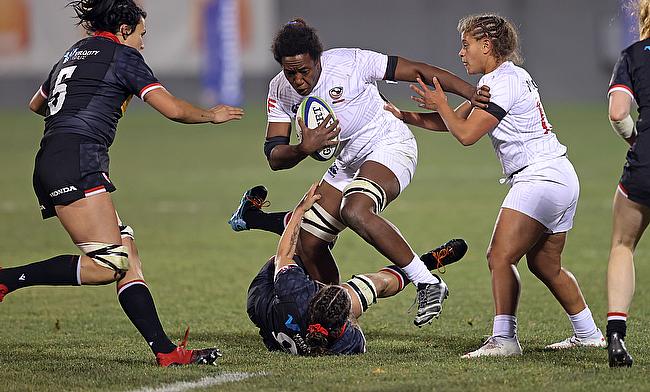 Alycia Washington made her USA debut in 2016
©Travis Prior

In 2020, Alycia Washington was forced to miss out on a full season of rugby in the USA.

As a result of Covid-19, the Women’s Premier League Rugby had no choice other than to cancel last year’s campaign and after the league did the same in 2021, Washington felt little option other than to look elsewhere for a place to play her domestic rugby.

Having represented New York Rugby Club on Randall’s Islands, Washington looked overseas for playing opportunities with just over a year until the Rugby World Cup in New Zealand,

Having seen international teammates Kate Zackary, Gabby Cantorna and Jennine Duncan thrive in the Allianz Premier 15s, England was quickly an attractive proposition for the 31-year-old.

Playing under Jo Yapp whilst with the Barbarians - where Washington came off the bench against Wales at the Principality Stadium in a 29-15 win - Worcester was perhaps one of the more obvious landing spots for the lock.

“The Barbarians, for me, what a pretty life-changing experience, in terms of reigniting my love for the game,” Washington said. “When I was looking for teams to play for, the first thing I did was look to where Joe was, and that was Worcester.

“I rang her up and asked if they were looking for a lock and she said ‘absolutely’. It was as easy as that.

“I felt like I was so welcomed and at home even from our first conversation and that theme has really kept up with the team, with the girls, with the coaches and I haven’t looked back.”

So far in the history of the Premier 15s, Worcester have finished at the foot of the league table on two occasions, but in the 2020/21 season, they leapt up to seventh. As things stand, Warriors sit in seventh again, just three points away from the top four.

“One of the reasons I came to Worcester was because any game in the Prem is not easy,” Washington said. “I am really looking forward to sharpening our axe every game and seeing what we can improve on in our defence, seeing what we can do in attack, and we really have our eyes on a top-four spot.

“That was one of the things they brought up in my first conversations with them and we know we have the personnel. We know we have the talent to put it together to make sure that we put out the best performance on the field and to just focus on the opponent at hand.

“Obviously it is a very long season, so we don’t want to get too ahead of ourselves and think about how we will be playing another team again. We need to get the job done and once the job is done, move onto the next one.”

One of several players to have made their way to England because Covid-19 is still having a lasting impact on domestic competitions, athletes from Spain, Japan and South Africa have all called these shores home in the past year and a half, with the RFU announcing in March that there would be a voluntary limit on overseas players.

This has led to concerns that the development of English players was falling by the wayside, so for the 2021/22 season, the RFU has recommended that no more than two overseas players should be in matchday squads, but they have not enforced this guideline.

What is due to happen at the end of the current campaign is up for debate, whilst Washington says she felt as though she had little choice in the matter.

“That is obviously a hard one because I definitely understand where they are coming from,” Washington said when asked about the player cap. “Obviously they want to develop their own talent and the RFU is supporting the league, so it is easy to look at other unions and ask why they aren’t supporting their leagues.

“I think that is a very fair question. If the league in America compared to the Prem, I would have stayed in America, but right now, it doesn’t so I am really appreciative that I was able to have been brought over.

“I am just really hoping that as opposed to putting a cap on, they really show other unions the way of professionalising in the way they have.”

Only a handful of names across the Premier 15s are able to call themselves professional. All of these athletes are English, with players like Washington having to find a way to work alongside their rugby commitments.

“If anyone is thinking that we are making the big bucks doing this, they are mistaken,” Washington said. “Our clubs are supporting us as much as they can, but a lot of us had to work really hard to set up our lives to be able to fit this in.

“Some players are getting more support than others, some clubs have more money than other clubs, but if people are looking for any exurbanite spending, the women’s game isn’t where they should be looking. 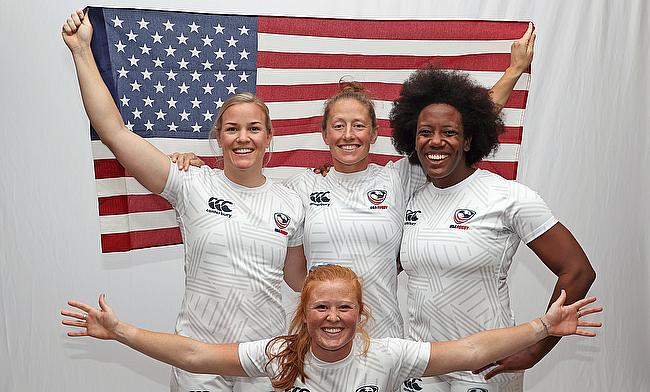 “For me, it wasn’t an option to come over and not work. I have a fully remote job working for a company called WHOOP and they are super supportive and let me work from England. That is not the same for a lot of my teammates.

“A few of my teammates were teachers and had to leave that job to pursue this dream, but I knew for me, my family – I also have a house and mortgage back home – without my job, this situation wouldn’t have been feasible for me, so it was either keep this job or not go. Those were my two options.”

Back in the West Midlands after the best part of a month away with the Eagles squad, Washington returns to Sixways after becoming something of a crowd favourite. Potentially coming up against club teammates Alex Matthews and Lydia Thompson this weekend, there is plenty on the line on Sunday afternoon.

Playing three games so far this Autumn campaign – the USA’s first fixtures in two years – Rob Cain’s side are yet to pick up a win. Back-to-back losses to Canada started their campaign and last Friday night, they succumbed to Ireland at the RDS Arena in Dublin 20-10.

“I would say our most overwhelming feeling when leaving the field (last Friday) was disappointment and a lot of reflection,” Washington said.

“If you look back to 2018 and the last time we played Ireland, the scores were almost flip-flopped in our favour. We came into that game really wanting it to be the reset for our tour and that is not what we got out of it, and I think that was really unfortunate.

“As a team, we are massively disappointed, but I think that this is a time for us to look inwards and see what we can all do as individuals to come up with a better result and represent the jersey a bit better.”

Having convinced several of her Welsh clubmates to don stars and striped socks on Sunday, the USA will be attempting to topple the number one ranked women’s team in the world. Simon Middleton’s Red Roses have beaten world champions New Zealand twice and they humbled Canada at The Stoop last weekend.

The best messages will be in the locker room ?? pic.twitter.com/jCHCxaFG7Z

Having looked unbeatable across November, overcoming England will be the USA’s sternest challenge on the road to next year’s World Cup.

“Across the board, the team just really want to take away the things that England want,” Washington said. “I think that is sort of what we focus on with all our opponents; what pictures they want and how we can look at disrupting those. Whether that is taking away space at the lineout, taking space on the engagement at the scrums, just finding a way to get into their space to make them uncomfortable.

“It is definitely going to be interesting. I am seeing it as a home game for myself and I understand that most of the crowd will be there for England. I trust that I will have a few Welsh teammates and Worcester teammates supporting America.

“Hopefully I’ll get a few cheers, but I understand that the loudest ones will be for England.”

Worcester lock Matt Garvey to retire at end of season