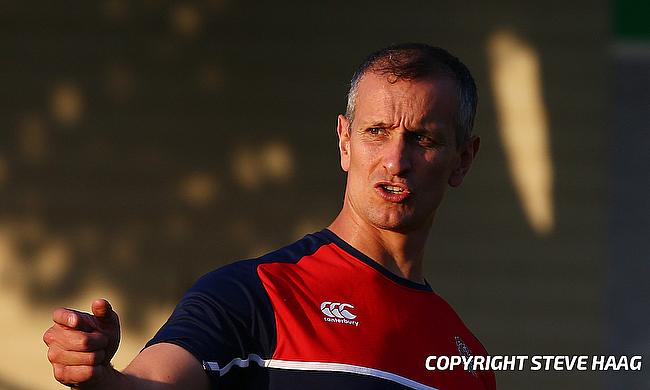 Northampton Saints defence coach Alan Dickens has been appointed as the new head coach of England Under 20 side with immediate effect.

Dickens has played his professional rugby with Sale Sharks, Leeds Tykes and Saracens but moving but has been associated with Northampton Saints since 2008.

Having joined the Franklin's Gardens outfit in 2008 as a player, he retired from professional rugby two years later to take up Academy manager.role before becoming the assistant coach. He was also part of the coaching panel of England Saxons when they toured South Africa in 2016.

He was also appointed the interim head coach of Saints in the second half of the 2017/18 season when Jim Mallinder was sacked by the club.

“I’m thrilled to take on this important role with the RFU. The most exciting thing for me is seeing young players progress within their clubs, and ultimately then into the England first team squad," he told England Rugby's official website.

“I’ve felt real pride in recent years seeing young Northampton players make the step up to international level, make their debuts and go on to play in Six Nations Championships and World Cups.

“The player pathway while I’ve been coaching has been really strong, with England reaching the final of the World Rugby U20 Championship nine times over the last 12 years and winning the tournament on three occasions, so of course I’m keen to continue that run of success".

Meanwhile, Dickens' role in Northampton has been assigned on an interim basis to academy coach Jake Sharp.