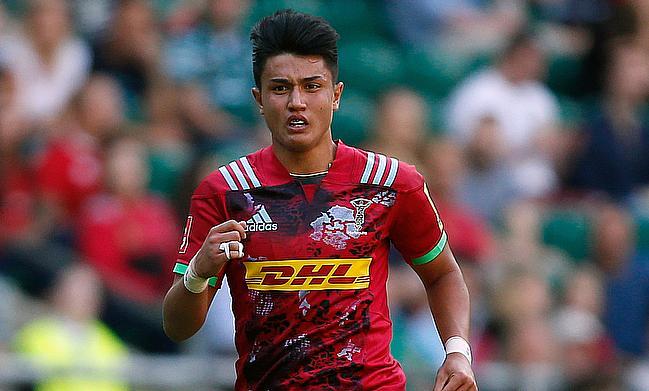 Marcus Smith is set to shine this year
©PA

TRU Contributor Arun Watkins has highlighted some key players who impressed in 2017 and are set to star as we approach the business end of this season.

Aaron O’Connor is currently a student at Henley College, but he has certainly made his mark for Wasps this term. Not, only has he featured for Wasps U18s in the Aviva U18 league, but he has also appeared for the senior side Wasps in the LV Cup this season which whilst still being a junior academy player, is a remarkable achievement. The back rower is surely in the future plans of Wasps Head Coach Dai Young, and with him already clocking up miles at both A-League and LV Cup level, it’s only a matter of time before the Wasp is ready to be unleashed upon the Premiership stage itself.

A member of the England U18 squad which will tour South Africa in the summer, George Head a prop forward currently on books with the Harlequins Senior Academy. He has been making waves in the A-League which will be apparent to anyone who has listened to one of the latest episodes of Harlequins Mic’d. World renowned prop Adam Jones has already heaped praise on the young prop and Head was also involved in a fixture between Harlequins A & Saracens A staged at National 1 club Esher’s home ground. This may sound insignificant, but Head could improve is development at the Surrey-based side with Esher’s Head Coach Tom Williams currently employed full-time with Quins and players such as Niall Saunders currently featuring on a dual-registered basis for the Black & Golds. Although Head has yet to be seen by the wider rugby audience, standing at 6ft 1in and weighing in at 109kg, it’s only a matter of time before the Harlequin will get his chance to shine.

Fraser Dingwall was a mainstay in the Bedford School 1st XV as he rose through the ranks in the Saints Academy. Dingwall has played mostly U18 level at Saints, but was called up to the Northampton Wanderers (A-league side) for A League Final where the side were triumphant in a win over Gloucester United. As well as making a name for himself on the club scene, young Dingwall has also managed to play on either side of the border, with him appearing for both England and Scotland at age grade level.

Marcus Smith is an unorthodox case in the way of academy rugby players. The former Brighton College student has currently been a mainstay in the Quins squad, keeping out the likes of Demetri Catrakilis & Tim Swiel regardless of their current physical states. The 18 year-old, who in September received his A-Level results whilst playing in the ‘Double Header’, has already notched up 94 points for Quins in the Premiership this season and is only beginning his impact in the division. With Eddie Jones naming him an apprentice in his England training squad and with Smith recently signing a new deal at the Stoop, it shows much awaits the youngster who is surely going to come on leaps and bounds for club and country in the so distant future.