Wasps ease past Harlequins with 41-10 triumph 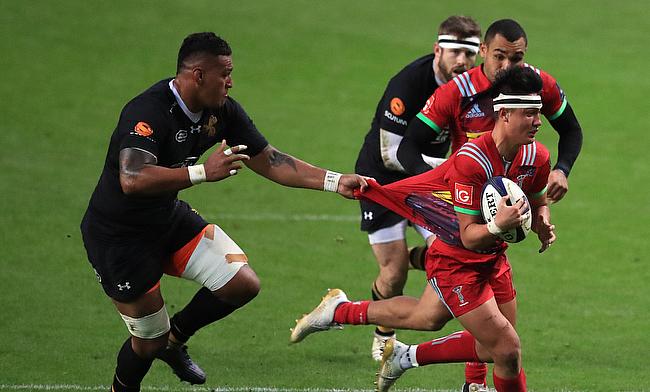 Ulster come from behind to defeat Wasps 19-9

Wasps managed to bring their European Champions Cup campaign back on track with a 41-10 bonus point victory over Harlequins at Ricoh Arena on Sunday.

Nathan Hughes also pressed his claims for selection in the autumn internationals especially with Billy Vunipola out injured. Hughes was the architect of Wasps' first try and produced two stunning hand-offs that sent first Chris Robshaw then Dave Ward hurtling backwards through the air.

Harlequins endured a tough night, their mood worsened in defeat on a day that had started with Marland Yarde being dropped from the match squad.

It took Wasps just three minutes to score their opening try through Dan Robson and three minutes later their lead got doubled with Christian Wade also going past the line. Marcus Smith got the Quins off the mark with a 11th minute penalty and 20 minutes later the visitors suffered a major setback when Mike Brown was sin-binned for a deliberate knock on.

Ashley Johnson capitalised on the advantage of the Quins being one man down as he scored a 32nd minute try and Wasps ended the first half with a 21-3 lead.

As Brown managed to return from his sin-bin, Harlequins were once again reduced to 14 men temporarily after Joe Marler overstepped acceptable boundaries after the break, and duly paid with his yellow card, for that forearm smash on Rowlands.

Even though replacement Francis Saili scored the opening try for Harlequins in the 59th minute, tries from Josh Bassett and a second from Wade sealed a 31 point comfortable victory for Wasps. A late injury to Saili, who was stretched off the field with a head injury further compounded the problems of Harlequins as they languish at the bottom of Pool 1.