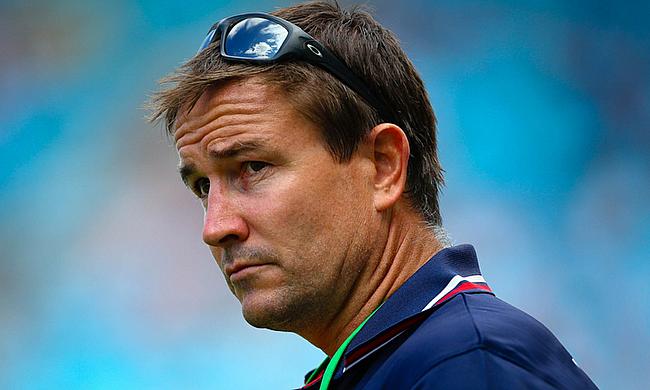 However, Friday insists while USA’s consistency has been encouraging, there is a sense of disappointment because they’ve been unable to clinch gold thus far.

“I am pleased, but there is huge disappointment for us that we have been bridesmaids four times!” Friday told TRU.

“For us, certainly in two of those finals against New Zealand, the momentum moments were lost by us. You have got to take ownership. It is very hard to do in a game of Sevens because it is so short and they are those little moments that can have a severe impact.

“If I’m honest with you, the final in Hamilton, everything Fiji touched turned to gold. We couldn’t get anything going and that’s credit to them and in Cape Town, we gift wrapped 19 points to them and you just can’t do that.

“However, the consistency to keep backing up what we are doing tournament after tournament is fantastic by the boys. Hopefully the pain that they suffer in each of those finals drives them on to try and make the next one. It is just about the bigger picture of trying to get into that top four.”

Friday alludes to the overall view for USA. They have concluded the Series in sixth place on three occasions since 2015, with their best finish coming in 2017.

That year, USA came fifth, but their aim is to end this current season in the top four and break the stranglehold on the traditional Tier One rugby nations.

The head coach is delighted by the way his side have performed against the more ‘established’ Sevens countries this term with wins against Fiji, New Zealand and England standing out.

“We are only four tournaments in and we have given ourselves an opportunity to finish in the top four,” he said.

“What is good is that we are gaining more and more respect from the traditional rugby powers from around the world and are recognised as contenders and more consistent contenders every time we take to the field which is a big positive.

“That’s huge testament to the boys. The credit goes to the men in the arena!”

Not only would finishing in the top four be a significant statement, but it would also guarantee the Eagles automatic qualification to the 2020 Olympic Games in Tokyo.

Three years ago in Brazil, USA narrowly missed out on the quarter-finals and now they have their sights set on Japan.

After an excellent start to this season for Friday’s side, they could be serious medal contenders next summer, but for now, he’s only focused on his team’s improvements and regularly competing with the Tier One nations.

“For a country like USA, being in the Olympics is paramount for us to stand a chance of positioning this sport where it can be in the sporting landscape in America,” he explained.

“We are a tier two rugby nation, but we are a tier one economy. It makes it doubly hard when you have got the likes of New Zealand, England, South Africa and Australia with their resources and you then look at Fiji; they just have the most valuable resource in the world. They just have players!

“Because of our good start, we now have a target on our back and everyone is coming for us despite us being seen as the underdog. We need to enjoy that challenge and not lose sight of the main focus which is top four.”

Next up for USA is a trip home as the Las Vegas leg of the Series begins on Friday.

The Eagles are the current holders of the title after beating Argentina at the Sam Boyd Stadium last year and in recent times, it is a competition which the hosts have performed well in.

This weekend, USA will meet Argentina in Pool B alongside France and Kenya as Friday’s side aim for only their third ever tournament win on the circuit.

He admits he is anxious heading into round five and Friday has called for his players to avoid complacency as they prepare for their first competitive action since the start of February.

“As soon as the hungry man is full up or he thinks he is full up, he becomes complacent. That is my biggest concern going into this tournament.

“We have to go out an approach this like the man who hasn’t eaten for days. It is easier said than done when you are sat at the top of the tree looking down.

“It won’t be alright unless we get our basics on point and make sure that against every team we come up against, we match them and surpass them on work rate, work ethic and attitude. We can then build from there.”