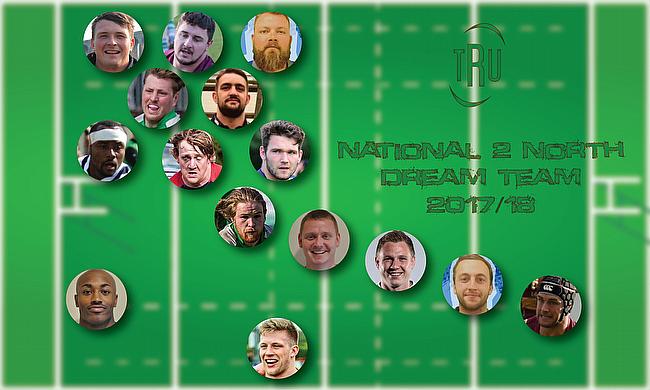 After a superb season, TRU have had a shot at picking their National Two North team of the year.

In National Two North this season, history was made as Sale FC clinched promotion to National One for the first time in the club’s history. A 23-match winning streak helped them secure the title and we have selected their captain Andy Hughes in our team of the year.

Hughes led by example both on and on the pitch following his permanent move to Heywood Road last summer and we could have easily picked a number of his teammates to go alongside the Sale skipper.

However, we have decided to spread out our choices across the division and National Two North runners-up Sedgley Park have two representatives. Winger Jamie Harrison, who scored 25 tries, and hooker Danny Maher have been included with the latter more than making an impact in his maiden season at Park Lane.

Third placed Stourbridge have the towering presence of Nigel Mukarati in our squad and he is joined in the back-row alongside Hughes and Chester’s Guy Ford.

In front of them are the second-row pairing of Hinckley’s Ben Marshall and Wharfedale’s Kieran Frost whilst Alex Battye of Huddersfield and Billy Robinson from Macclesfield slot in next to Maher in the front-row.

National Two North’s top try scorer and top points scorer are included with Myles Bean and Ricky Aley flying the flag for South Leicester on the wing and at fly-half respectively. Wharfedale’s Phil Woodhead is at 9 whilst Ash Smith (Tynedale) and Lewis Barker (Macclesfield) are in the centres with Sheffield Tigers’ influential player/coach Jamie Broadley at full-back.