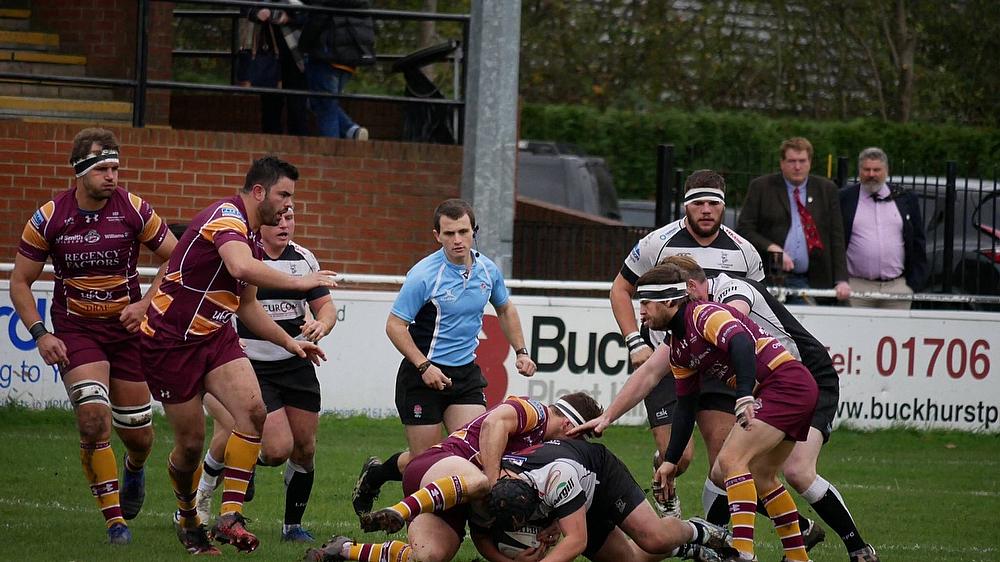 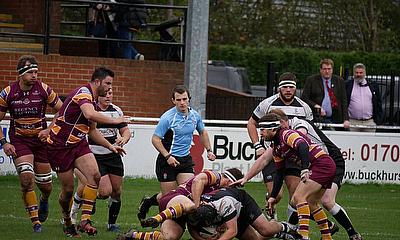 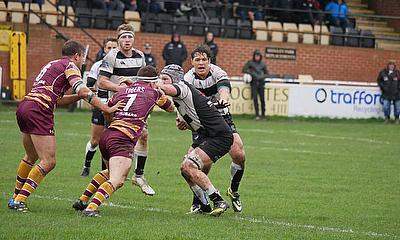 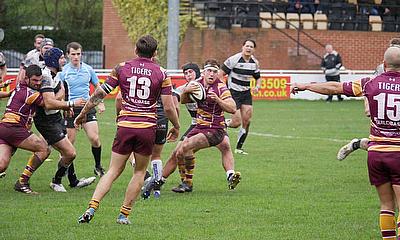 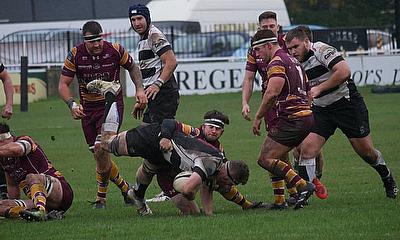 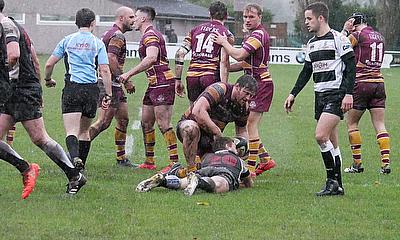 Live rugby in competition with Storm Brian. At Leicester the wind was to play a part whilst at Sedgley Park it was both wind and rain. Round 8 of Nat2N had two unbeaten teams in Stourbridge and Tynedale with Sedgley third with two away losses. Behind these there are strong contenders in Sale, South Leicester and Hinckley.

Windy conditions prevailed in this game. Both teams have a reputation for big and powerful forward play and this battle persisted; ending in some controversy when the away team were awarded a penalty try in the 67 minutes. The conditions and the forward battle meant it wasn’t the most attractive rugby but it was fiercely competitive.

The league leaders suffered an early blow as their scrum half left the pitch injured within 5 minutes of the kick off. The first points went to the home team with a penalty kick; however, Stourbridge made their way back into the game with a powerful period of play in the 2nd quarter. On 25 min there was a try from a solid lineout and on 35 min Lea crossed the whitewash and it was 3 – 12 at half time

The home team out for the second half fired up and through centre, Constant, they looked capable of a comeback. That wasn’t to be in the script and it was Stourbridge that knocked over a penalty and then Murphy went over for a try. What had the Lions left? The answer was plenty, as they created pressure in the fourth quarter; again Constant leading the line and it was fitting that he should score the try. This was potentially the start of a comeback but it was not to be as Stourbridge were awarded a penalty try; the Lions coach, Heald, hugely disappointed in the decision. The response came once more for the Lions with a try from John Murdoch.

Storm Brian had decided to make Sedgley its epicentre between 2.30 and 4.15pm. The conditions were poor but the playing surface looked very good. Many of the home supporters were talking of an injury crisis and concerns raised at the absence of props Ashcroft and Black. As it transpired Rushton and Phillips had very polished performances and when replacement prop Chilvers crossed the try line, the fans were no longer worrying..

The home team were to start the game with the wind behind them and they started at high speed and were rewarded with three converted tries. The first saw brothers Andy and Matt Riley combine; a delighted crowd who then complained the two would be missing for next week’s encounter with league leaders Stourbridge. The second was to come from live wire scum half McShane. The third try was the most eye catching as the Tigers backs moved the ball quickly and winger Harrison was released to sprint over the line.

Despite the electric start the Tigers were struggling at the re-start and their line outs crumbled. Luctonians were to take full advantage and scored a well-deserved 10 points before half time against a very strong wind. The vocal home crowd questioning whether an 11 point lead was enough with Luctonians having the wind at their backs in the 2nd half.

Luctonians were to dominate the third quarter in terms of territory and possession. They attempted to throw everything at the Tigers but could only come away with 3 points; the excellent Jones missing a penalty on 54 minutes. The home team seemed to sort their lineout and with this started to make forays into Luctonians half. The Tigers were keeping hold of the ball, there were shorter passes and their big ball carriers continued to make good ground. This style allowed the Tigers ton close out the fourth quarter; with that they had two further tries through Matt Riley and Cashel Chilvers