TRU brings you the NatWest U18 Schools Cup Round-up 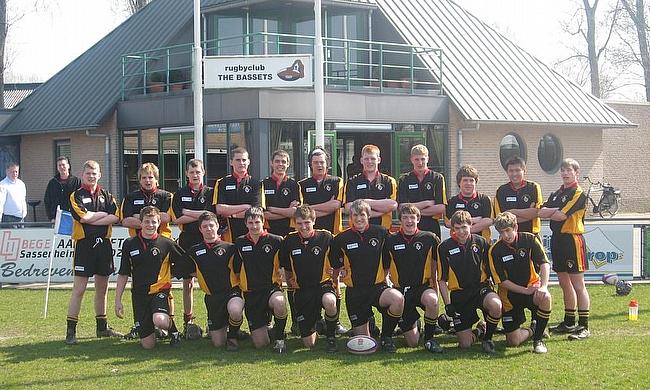 London & SE A
After being awarded a bye in the last round, The Campion School got their Natwest Cup campaign up and running with a mammoth victory over The Robert Clack School, with the game finishing 58-8 in the all-North-West London fixture.

Having won their previous fixture by a margin of 34 points, St Benedict’s School, of Ealing, secured another resounding win, beating The London Oratory School 44-20 on home soil.

Skinner’s School made sure their hour-long journey southbound was a worthwhile trip, as they played out a 33-10 victory away to Sussex Down College in Eastbourne.

This week’s final London and South-East tie saw King’s College School defeat The University College School away from home, with the game finishing 30-12 in their favour.

London & SE B
A thrilling encounter between Berkhamsted School and Hampton School ended level at 21 points apiece, but Hampton were the ones who progressed in to round four having scored three tries to Berkhamsted’s two.

Maidstone Grammar School played host to Simon Langton Grammar School, and the away side left victorious with a 52-12 win under their belts.

A much closer encounter saw The Judd School progress to the fourth round after trumping Chislehurst and Sidcup Grammar School in a 9-8 victory.

The final tie in the division’s third round saw The College of Richard Collyer defeat a valiant Tiffin School 17-12.

South-west A
Stowe School progressed to round four of this year’s Natwest Cup after edging out Sir Thomas Rich’s School to win 13-10 at home.

King’s College, of Taunton, scored 48 points to The Gryphon School’s 12 to see them safely through to the fourth round.

Another high scoring game saw Bishop Wordworth’s School dominate Peter Symonds’ College at home, as they secured their spot in the next round with a 39-5 victory.

South-west B
The high-scoring games continued in the South-West B division, with St Peter’s High School playing Katharine Lady Berkeley’s School off the pitch in a resounding 74-10 victory.

In a Truro derby, it was Truro School who came away the victors, defeating rivals Truro and Penwith College by an impressive 55 points to none away from home.

Queen Elizabeth’s Hospital School travelled to Colston’s School, and returned home having secured a 27-12 victory in the North of Bristol.

Two sides were given home walkovers, allowing Exeter College and King Edward XI School, of Southampton, to progress straight in to the next round after West Buckland School and The Thomas Hardye School failed to field teams.

The first of four high scoring games in the Midlands A division saw Solihull School travel to King Edward VI’s Camp Hill School to win by 53 points to 18.

Bedford Modern School were able to win big away from home, leaving Sharnbrook Upper School having achieved a convincing 52-5 victory.

Elsewhere Roundwood Park School faced up against Dame Alice Owen’s School, as the two sides played out an end-to-end encounter that finished 32-26 to Roundwood.

And finally, King Edward’s School found themselves in the fourth round draw after edging past Hinckley Academy in a close fought 8-7 victory.

Midlands B
It was a busy week in the Midlands B division, which saw five games take place across the region over two days.

On Tuesday, Gresham’s School lost out at home to Langley School in a close fought match, which ended 15-7 in Langley’s favour.

Also on Tuesday, Leicester Grammar School travelled to Trent College, and they came away the victors after sealing a 24-8 away win.

Warwick School were able to keep Hereford Cathedral School at bay for the entire 80 minutes, with the game finishing 26-0, seeing Warwick comfortably through in to the fourth round.

The Priory Academy travelled to Carre’s Grammar School, but it was to be the home side who would secure a 22-12 victory.

And finally, Ellesmere College saw off Wrekin College in a 22-5 victory, rounding off a great day for the home sides in the Midlands B division.

North A
Ampleforth College secured the biggest win in any third round tie across the country, in a huge 64-0 thumping of Richmond School on home soil.

Stockport Grammar travelled to Ashbourne to face Queen Elizabeth Grammar School in a tightly contested match, but the away side edged the encounter to seal a 12-10 win.

Queen Elizabeth Grammar School Penrith also featured in the third round, but also followed their Ashbourne counterparts out of the competition after losing out 19-6 to Austin Friars.

Finally, Durham School progress to the fourth round with an away walkover after Newcastle School for Boys failed to field a team.

North B
The biggest shock of the round came as Lymm High School were defeated 12-10 by King William’s College in the third round, after they won the North B division last season and progressed to the national stages of the tournament.

Woodhouse Grove School won convincingly against a struggling Giggleswick, securing a 44-10 win on their home ground.

Worksop College crossed the Nottinghamshire-Yorkshire border to face Mount St Mary’s College, but couldn’t come away with the win after losing out 17-5.

Pocklington School made the trip to Silcoates School and returned victorious, with a convincing 25-6 win against the Wakefield side.

And in the final fixture, Manchester Grammar School played host to Wilmslow High School, but it was the travelling side who returned home with a 33-10 win.

Fourth rounds ties across the country will commence next week, deciding

All results are as stated on the official England Rugby website, and the full list can be found here: http://www.englandrugby.com/fixtures-and-results/competitions/natwest-schools-u18-cup/