Team Cricket edges it over Team Rugby in Black Clash 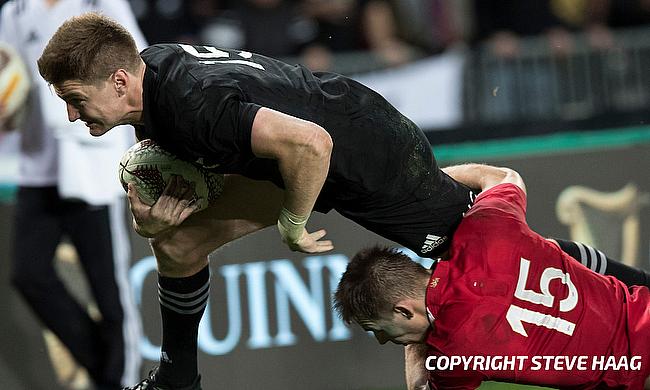 Jordie Barrett was in action for Team Rugby
©Steve Haag

It’s nothing unusual to see the phrases “all conquering” and “All Blacks” used in the same sentence. But last year, the world’s most famous and feared team took it to new levels.

They showed they could even come out on top when they swap the rugby ball for the leather and willow of the cricket pitch.

The Black Clash is rapidly turning into one of the most anticipated events of the year, thanks largely to Team Rugby’s surprise win in 2019. This year, fans of both sports, not to mention the bookies at https://www.cricketbettingtips.io/ gave the match their undivided attention. They were not disappointed, as it turned out to be an absolute thriller.

The Black Clash was the brainchild of former New Zealand cricket captain Stephen Fleming. Two years ago, he watched South Africa’s cricket and rugby teams duke it out in the Nelson Mandela Cup, a biennial charity T20 game. Why couldn’t New Zealand do something similar? He called up David Higgins, probably the most famous sports promoter in New Zealand and months later, the inaugural Black Clash took place.

Team Rugby features past and present all-blacks, while Team Cricket is made up of Black Caps legends and led by Fleming himself, a batsman has lost nothing of his flair and timing, despite having turned 46 last year. Both teams can also include a wild card player.

In the 2019 game, Team Rugby hit the international headlines by beating Team Cricket at their own game. Most impressive, they did not have to rely on the guest star to do so. Former All Blacks captain Richie McCaw and current full back Jordie Barrett were the main wicket takers. Barrett also chipped in with the bat, hitting an aggressive 42 not out to see his team to a five wicket win.

Team Cricket restore some pride – but only just

When the team reconvened in Napier for this year’s rematch, there was the usual atmosphere of fun associated with a charity game of this nature. But once the game got underway, nobody was in any doubt as to how seriously both teams were taking it.

Fleming’s team batted first and couldn’t get into any sort of rhythm, being restricted to just 32 from the first 10 overs and losing four wickets along the way. Chris Harris and Matthew Sinclair, two batting legends from the 90s and 00s restored some order and rolled back the years, taking Team Cricket’s total to a respectable 117.

Team Rugby found it just as difficult to score early runs on the sluggish wicket, losing top order wickets of their own before last year’s hero, Jordie Barrett, once again strode out to the middle. He and wild card player Mahala Jayawardene from Sri Lanka added 50 for the fifth wicket to turn things in Team Rugby’s favour

Ultimately, it came down to 15 needed from the last over, and when Jayawardene hit Jacob Oram’s first two deliveries for four and six, it seemed that Team Rugby was heading for a second win. However, five from four became three needed from the last ball and it was Team Cricket’s wildcard player, comedian Andy Lee, who had the final say, pulling off his second spectacular catch of the innings to give his team victory by the narrowest of margins.