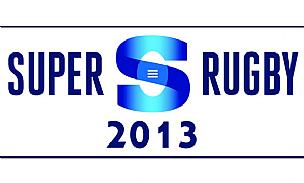 It's one in - one out in the Blues' front-row for Friday's meeting with the Sharks as Tony Woodcock returns for his first game since the World Cup final; but Keven Mealamu is ruled out with a calf injury and is replaced at hooker by Tom McCartney.

In the second row, Filo Paulo is shipped out after one showing in place of bright young thing Liaki Moli as Pat Lam looks to change the early-season fortunes of the franchise currently languishing in 14th position.
A re-shuffled back-row sees Chris Lowrey at blindside, Brad Mika making his first start of 2012 at Number 8 and Daniel Braid captaining the side from openside with his brother Luke suspended.
Another rising star - Gareth Anscombe - must make do with a bench spot this week as Piri Weepu takes the 10 jersey to face his old team; Alby Mathewson comes in at scrum-half.
Rudi Wulf and David Raikuna have shaken off injuries to help form a more formidable backline that also contains the grunt and muscle of ex-Hurricane Ma'a Nonu and the reliable Benson Stanley in midfield.

'Canes coach Mark Hammett keeps the same squad for the third straight week as his Wellington side continue to defy the nay-sayers in a hugely encouraging opening to the season.
Despite a narrow loss to the Crusaders last week the Hurricanes have impressed in the first four rounds of competition, with youngsters TJ Perenara and Beauden Barrett in particular catching the eye.
With Samoan World Cup star Tusi Pisi arriving this week from a successful stint in Japan, the side are bolstered further - and the former Suntory Sungoliath could prove and excellent foil to Conrad Smith, who captains the side from the centre this weekend.

Rebels half-backs Nick Phipps and Sale-bound Danny Cipriani have been reinstated to the starting XV for the clash with the Force at AAMI Park on Friday.

James O'Connor moves out one to inside centre to cater for Cipriani, whilst the versatile Richard Kingi begins at full-back.
Jarrod Saffy returns to a more balanced-looking back-row that also has Tom Chamberlain and captain Gareth Delve, with former England international Michael Lipman returning from injury to claim a bench spot.

Coming off an unexpected win over the Waratahs in Sydney, the Force are boosted further by the return of Nick Cummins to the starting XV and Toby Lynn to the replacements bench for the trip to Melbourne.
There is little change elsewhere following the shock one-point victory in round 4 - David Harvey again starts at full-back after having a big say in last weekend's tie, but the short-term signing will be looking to exert more influence and control in the middle of the park in the next few fixtures.
David Pocock again captains the team and forms part of a solid back-row alongside fellow wing-forward Angus Cottrell and Eighth Man Matt Hodgson.

The 'Tahs are yet to get going this season and will be looking to reboot when they meet the Sharks in Sydney on Saturday.
The team will be led for the first time by talisman prop Benn Robinson, who will need to fire up a side still reeling from the embarrassing home reverse at the hands of the Force.
Wycliff Palu returns to the starting side to provide the steel; whilst ever-reliable Tom Carter also comes back in to partner Rob Horne in the centre.
Brendan McKibben is given his first start in Super Rugby at scrum-half at the expense of Sarel Pretorius, with the South African half-back relegated to bench duty.

There is just the one change from the Sharks side that put the Reds winning start to the season to an abrupt end in round 4.
Steven Sykes is deemed not fit enough to start with the lock amongst the replacements - Jandre Marais comes in to the second row in his place.
This is the Sharks' first leg of a 4-match overseas tour and they will be looking to build on their victory over the Reds by tasting success against an Australian franchise for the second consecutive week.

With just one win so far in 2012 the Crusaders will be looking to lay down a marker at their temporary home in Christchurch against a faltering Cheetahs side on Saturday.
Two Whitelocks - Sam and Luke - come into the XV at second row and blindside respectively.
Outside, Tom Taylor gets a first start at pivot, with Tyler Bleyendaal dropping out of the 22 - as Taylor's cover being provided by a certain Daniel Carter who finally returns from injury sustained in last year's World Cup.
Elsewhere, Ryan Crotty comes back into the side at 12, whilst Israel Dagg moves back to 15 annd forms a tasty back three with Sean Maitland and Zac Guildford.

There are three changes to the Cheetahs side that won 33-26 in Melbourne against the Rebels last week.
Two first-choice props are rested, with Coenie Oosthuizen and WP Nel being replaced by Trevor Nyakane and Lourens Adriaanse taking their place in the front-row; Oosthuizen provides cover on the bench.
Two rows back Justin Downey has been brought in to demonstrate energy and endeavour at the expense of Davon Raubenheimer at blindside.

Brumbies coach Jake White sticks with the bulk of the team that lost narrowly to the Chiefs in Mount Maunganui last Friday.
Lock Sam Carter replaces Scott Fardy who drops to the bench despite impressing in New Zealand.
Bustling Nic White has recovered from a cold to take over the reins from Ian Prior at scrum-half; while Fijian centre Tevita Kuridrani will make his Super Rugby debut if called for off the bench.

As Highlanders players have Thursdays off training the match-day 22 will not be named until later today, but with an unbeaten record in 2012 to preserve do not expect too many changes to Jamie Joseph's side.

5th-placed Bulls welcome back Francois Hougaard from suspension and Johann Sadie from injury for the visit of the Reds and will look to pile further misery on the Queensland franchise after defeat to the Sharks last week.
Otherwise it's as-you-were for Frans Ludeke's side; 20-year-old loosie Arno Botha will win his first experience of Super Rugby if required from the replacements bench.

For the Reds, Dallan Murphy earns his first start at fly-half as their creative woes continue - with Quade Cooper, Mike Harris and Ben Lucas all crocked.
There are six other changes to the XV - Saia Faingaa starts at hooker, Greg Holmes shifts to tight-head and Ben Daley is reinstated to loose-head in a revamped front-row.
Rob Simmons comes back in to the second row and Jake Schatz is named at Number 8, flanked by Beau Robinson and Scott Higginbotham.
Jono Lance returns in the centre with Ben Tapuai shifting inside to accomodate him and full-back Luke Morahan starts on the left wing in place of bad-boy Digby Ioane who is serving a suspension.

The Lions will leave it to the last possible minute as coach John Mitchell bemoans the "biggest injury list that I have seen in my 16 years as a coach in professional rugby".
The predicament is indeed so bad for the South African whipping boys of Super Rugby that University of Johannesburg scrum-half Rudy Paige is mooted to be in line for the starting line-up.

The Stormers name an unchanged 22 after disposing of the Blues last time without too much bother and are still unbeaten in Super Rugby in 2012.
With Andries Bekker, Duane Vermeulen and Nick Koster in the engine room and Peter Grant, Juan de Jongh and Gio Aplon outside the Stormers will fancy their chances against an injury-ravaged Lions outfit.