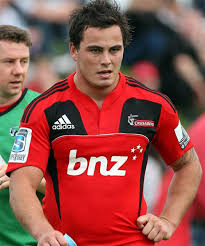 Following on from a disruptive week in Otago rugby, the Highlanders make two changes to the team that fought back to choke the Chiefs in Hamilton last weekend.

Aaron Smith - who brought go-forward and fresh impetus when he was introduced at Waikato Stadium - starts at scrum-half, with Jimmy Cowan dropping to the bench.

Smith's half-back partner provides the other team shift as Lima Sopoaga deputises in the 10 jersey for the injured Chris Noakes.

After effective cameos last Saturday, Jason Rutledge and James Haskell find themselves back in the reserves, whilst Tamati Ellison will hope to continue his scintillating early-season form in the centre.

All Black fly-half Colin Slade returns to the match-day 22 as cover for Sopoaga and will pray this comeback is more permanent that previous attempts.

The 'Saders apply one enforced change to the starting XV for their first visit to the shiny new Forsyth Barr Stadium.

A hamstring pull denies Ryan Crotty selection, with Adam Whitelock taking his place and joining brothers Sam and George in the team; Pat Osbourne is drafted onto the bench as a backs option, joining the fourth Whitelock - Luke.

An encouraging Super Rugby debut makes the decision to stick with Tyler Bleyendaal an easy one for Todd Blackadder and the coach remains true to his word as Zac Guildford returns only as a replacement, having served a four-match ban for drunk and disorderly offences that caught the headlines in November.

TRU Prediction: A tough one to call with both teams performing well in Week 1. The Highlanders hold home advantage, but for a team like the Crusaders that usually counts for nothing - with Guildford to call on in the reserves the visitors should just have enough. CRUSADERS BY 6.

Talisman Radike Samo returns to the run-on side, replacing crocked Scott Higginbotham with Jake Schatz shifting to the blindside to accomodate the imposing Number 8.

With Anthony Faingaa out injured, Jono Lance slots into the vacant centre berth with Ben Tapuai moving inside; Albert Anae starts at hooker.

Eddie Quirk could win his sixth Reds cap from the bench after impressing as captain for Queensland 'A' in mid-week, whilst 'Rocket' Rod Davies is also in line to enjoy some game-time after a stellar 2011.

A strong run-out for the 'A' team last weekend is enough to earn Patrick Dellit a start at centre in Brisbane, with Rory Sidey dropping to the reserves.

That sees the only alteration to the team that timidly succumbed to the Brumbies in Round One, with outside-half James Stannard hoping he brings his kicking boots to Suncorp.

Wallaby openside David Pocock captains the side as part of a strong back-row.

TRU Prediction: No guesses for where most of the easy money is going in an encounter between the 2011 Super Rugby champions and the competition's perennial underdogs. The Force may give a lot of effort - especially after their lame performance last week - but the Reds should take this by some margin. REDS BY 20. 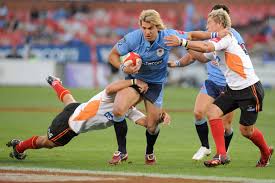 The Cheetahs make two changes to their back-line following the narrow defeat to the Lions in Round One.

Dusty Noble picked up a serious knee injury last time out and is replaced on the wing by Willie Le Roux, whilst Philip Snyman comes in for Andries Strauss in midfield after the centre was given a two-week ban for a tip-tackle in Johannesburg.

For the visitors, Wynand Olivier returns to add experience in the centres and partner Francois Venter after Johann Sadie's debut was cruelly cut short against the Sharks.

The Bulls have named a very strong squad that boasts twelve Springboks in the starting XV - with only Venter, Jaques Potgieter and Juandre Kruger yet to represent their country; and they will have to have their wits about them again, after a bruising encounter last Friday in Durban, with the Cheetahs desperate to make their mark on the Super Rugby campaign.

TRU Prediction: Extra class and experience will shine through after what will be another tough examination for the visitors. BULLS BY 12. 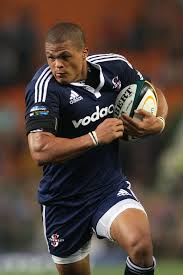 The bad news for the Stormers from Round One was that captain Schalk Burger suffered torn knee ligaments in the clash with the Hurricanes, ruling the 'Bok back-row out for six weeks.

In his place comes Siya Kolisi, who is joined in the XV by Juan de Jongh returning at 13, allowing Bryan Habana to shift back to his more familiar wing role.

Peter Grant is back from Japan following a stint with Kobelco Steelers and wins a spot on the bench next to Habana's former Bulls team-mate and speedster Gerhard van den Heever.

Following the loss at Loftus, the Sharks make four adjustments to the XV.

Meyer Bosman comes in for Tim Whitehead at centre and in the pack Ross Skeate replaces Anton Bresler, Wiehahn Herbst ousts Jannie du Plessis and, after a commendable performance off the bench against the Bulls, Jacques Botes takes the starting berth from an injured Ryan Kankowski; Keegan Daniel moves to Eighth Man to cater for the flanker.

Wilhelm Alberts is still recovering from injury so Tera Mtembu provides back-row cover in the replacements.

Fred Michalak and Pat Lambie continue a potentially lethal half-back partnership which will look  to get much more out of the likes of Lwazi Mvovo, JP Pietersen and Riaan Viljoen this week.

TRU Prediction: The two teams experienced contrasting fortunes last time out and with two excellent back-lines on show there should be plenty of rugby for the neutral to enjoy. With strong sides selected, perhaps controversially, we say they'll share the spoils this week. DRAW.