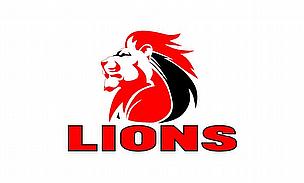 The South African rugby season came to an end this weekend with the final of the Currie Cup being won by the MTN Golden Lions. Deserving winners they are after a Currie Cup season that saw them lose only 3 games and a draw out of 16 played. This does however bring me to the question: "Is South African rugby in a state of bother or is it healthy?"

The Super Rugby season saw two out of our 5 teams not even getting close to any type of play off games. The Cheetahs didn't do to badly but just couldn't challenge the bigger teams in the competition. The Lions might just as well not have played in the competition as they couldn't produce a victory at all. This raised the question of whether the Southern Kings should have gotten the opportunity before the Lions. But that has been addressed in my article "EP Kings: Spear tackled by SARU".

The Bulls and Sharks made a valiant effort of competing. The Sharks reached the play off stages but that was where it ended for them. Yet the still produced 8 of the 30 World Cup Springboks. The Bulls just missed out on a play off place, this after they were the 2010 Champions. And yes they laid claim to 9 of the World Cup Springboks. Both teams had the players if you looked at experience but for me there was just not enough youth coming through. Experience says a lot, but you need that youthful hunger sometimes to win games and competitions.

The Stormers, 2010 finalists, at least made it into the semi-finals. But their road ended here after a dismal performance against the Crusaders at Newlands. Although they could boast to have reached the 2010 Super Rugby and Currie Cup finals as well as the 2011 Super Rugby semi-final, they had only contributed 6 Springboks to the World Cup squad.

Looking at the Tri-Nations, Peter de Villiers went on tour with a so called b-team. A team filled with a couple of fringe players and the rest made up of players that will not see the next Rugby World Cup in 2015 due to age. The result 2 losses on the away leg. This was followed by a loss to Australia in South Africa with most of the regular Springboks back in action. The only highlight came in Port Elizabeth when we beat the All Blacks and it was not the most convincing performance by the Springboks to date.

Peter de Villiers stuck to his tried and tested Springboks when announcing the World Cup squad even including players like Bakkies Botha who struggled with injury. And what a World Cup we had. Wales came so close to beating the Springboks as dammit is to swearing. Many Welsh supporters are still fuming about the kick that was over but wasn't.  Namibia and Fiji didn't give the Springboks much to worry about. Fiji did test the defence a little but nothing to serious. Tonga gave the Springboks a run for their money and tested them in most areas.

The quarter-final against Australia was a game that most Springbok supporters would love to forget. And even now after all has been said and done Bryce Lawrence will be well advised to steer clear of South African shores for a while yet. Even with the suspect decisions by the referee the Springboks just didn't show that they had it in them to beat the Australians. And although most supporters believe we would have won the World Cup if we had gone through to the semi-final. I believe that you should be good enough to beat any team no matter how bad the refereeing is. And the Springboks were not.

Th Currie Cup was impacted by 3 of the top 5 teams losing between 6 and 9 players to the Springboks. The Lions and Cheetahs losing 2 each. Injuries and players going overseas due to contracts added to sides being depleted.

The Bulls started the season of badly and struggled to recover after being 7th placed at one stage during the season. They ended 5th just outside the play off, losing out to WP by a point on the log. The biggest problem for the Bulls this season was the fact that they had very little depth and the youngsters only came through later in the season.

Griquas showed some brilliant form at stages during the season but never had enough to really challenge for a semi-final spot. They managed to stay in the premier division ending 6th behind the Bulls only due to a lesser points difference.

Western Province had one of the weirdest seasons I can remember. At on stage they were set to finish 2nd or even 1st on the log.  Then injuries laid pay to that. They had to play Deon Fourie, second choice hooker, at flank in the latter stages of the competitions and had 4 different fly-halfs running out for them, all due to injuries. They had their ups and downs and will look back wondering how they lost in the semi-final to the Lions.

The Cheetahs played good rugby but never really looked like a team that would lift the cup. Their young players came through and showed that they are as good if not better than some of the experienced players. As a team however they just could get results to go their way when needed. The draw against the Lions was one of those. Leading by 14 points with 8 minutes to go and drawing the game must feel as bad as losing.

The sharks for all their experience in players should easily have topped the log and won the Cup. But when your experienced players are old enough to be the dads of the younger players coming through you should start worrying. Guys like Terblanche and Joubert just couldn't keep up with the pace of the youngsters.

The Lions had a dream season in the Currie Cup after a dismal Super Rugby. Injuries and Springbok selection also didn't take a lot of players out of the squad. Still for them to top the log was a surprise to many. And to beat a Springbok filled WP in the semi's came as a bigger surprise. The cherry on the cake was beating the Sharks 42-16 in the final. A first home final win for the Lions vs the Sharks and the first home final win in 61 years. Add to this the fact that they faced 15 Springboks and a French international with only 3 Springboks themselves and it says it all. A win well deserved but unexpected.

But where does this leave South African Rugby? If a team with little experience or international players beat two teams that has played in more semi-finals and finals in the last three years than the team beating them in the last 12 years you have to wonder. Wonder why it is that they could not beat a team who 18 weeks ago had a record of no wins in 16 games. And the team remained the same. Are the players just tired after a long hard season or is it time for the Springbok selectors and management to start looking for younger, hungry players?

My view is we need the younger players to come through and be selected. Yes experience is necessary but youthful hunger to succeed means more on the field. In the words of Bakkies Botha: "I'm like an old tractor, blowing smoke for a couple of minutes and then I fire on all cylinders." Well in my view a new Tractor that can get the job done means more than an old one that is good around the house, but in the field can't bring in the harvest.