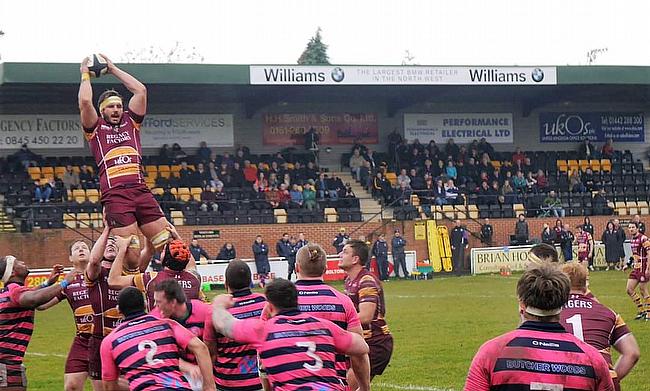 With COVID-19 having a profound effect on the entertainment and sports industries, CEO of Harkness Screens, Mark Ashcroft, spoke to sports and entertainment journalist Joe Harvey about how cinema’s, sporting events and concerts could get back to normal when social distancing efforts around the world begin to decrease.

It would be fair to suggest that Mark Ashcroft is a fan of sport. A keen cricketer, whilst attending the University of Bradford, Ashcroft was coached by former Somerset and Lincolnshire all-rounder Johnny Lawrence. Lawrence’s indoor batting facilities were the training grounds for England legend Geoffrey Boycott.

Representing his village side between spells working in America and Australia, prior to joining Harkness Screens. Ashcroft would also admit to being fortunate to have attended the 2005 Ashes in which England won the competition after 19 winless years.

Ashcroft’s son, Max, started his career with the academy at Bath Rugby and is now semi-professional rugby player in England Rugby’s National Leagues, resulting in Ashcroft regularly attending various levels of the game, making Ashcroft is well aware of the effects on sport at both the elite and amateur level.

“A lot of sports organisations are hugely concerned about the effects of COVID-19,” Ashcroft said, “Whether that be media rights that could lapse during this period, lost income due to fixtures not taking place and what this could mean for clubs and governing bodies alike.

“There is a lot of talk about playing games on remote islands or playing games behind closed doors in order to fulfil obligations. As a sports fan, I would naturally be disappointed at not being able to watch the action live, but the broadcast capabilities are possible due to the number of cameras to engage you in the sport thoroughly.”

In Denmark, FC Midtjylland have even hypothesised the concept of drive-in attendances. This would allow 2,000 cars to pull up outside their stadium, the MCH Arena, which has a capacity of over 11,000, to watch a game broadcast from external screens, the game commentary being broadcast on the radio.

Several stadiums in the United Kingdoms have become centres to combat COVID-19. The Principality Stadium in Cardiff has become a temporary healthcare facility with 2,000 beds having been installed and 500 more at the Parc y Scarlets down the road in Llanelli.

More recently Twickenham Stadium in London has become a testing centre for the disease, along with several other club stadiums in the country. Exhibition centres and music venues have also been identified as treatment and testing facilities.

It is difficult not to think of what life will be like when curves are completely flattened, and normal life is allowed to resume. Whether this be attending a sporting competition, a musical concert or going to the cinema.

Intrinsically, the way in which we consume these forms of entertainment will change to allow for the new way of thinking about the spread of bacteria and the effects that could have. Whether social distancing measures are brought into effect at venues for a temporary period, is yet to be decided, with Ashcroft confident that in the lower levels of sport they can happen sooner or later.

Organisations are going to have to plan for re-starting, that will include fully understanding Government guidance and regulations. First of all, are the players allowed on the pitch. If they are will this be a result of knowing they’ve been tested or vaccinated.

That’s going to be a challenge with football and rugby, but Ashcroft thinks cricket might be okay, saying; “So long as the slips are not too close together cricket might have the biggest opportunity to get back in action and we have seen how the Taiwanese have allowed baseball to restart”.

Ashcroft then looked at the dynamics of the crowd, the attendees or the paying public;

“It is the entrance to these venues that requires the most thought,” Ashcroft said, “The turnstiles, foyers and lobby’s of these venues are potentially high infection locations, so how that is dealt with by those that run these events will be a challenge but can be managed if we start planning now.”

“I have been watching semi-professional and amateur cricket for the best part of 50 years and it has been very rarely that I have seen more than 20 people congregated at a game. I have gone to Old Trafford to watch the cricket to watch county championship games and I have been the only person on the terraces.

“Social distancing with crowds, I believe, is possible. You then look at social venues like bars, clubs and restaurants; are they going to be able to allow for social distancing?

“Potentially they can reduce capacity at the venue, stop bar service and move to a table service only policy. Staff could wear aprons, masks, visors and be able to safely serve customers. I’m sure that all these things are already being thought of by proprietors and it is something firmly on my mind.”

Cinema will no doubt be affected when social distancing begins to be lessened in general society. In the United States, industry operators believe that a late-summer blockbuster season could offset losses made during this period of immense uncertainty.

With Disney and Warner Bros. having their blockbusters scheduled for release later this summer, it is expected that cinemagoers will be tentative returning to multiplexes across the globe. Ashcroft says that Harkness are capable of aiding global cinema brands to operate in the new world that customers will step out into.

“The likes of Mark Zoradi at Cinemark and Adam Aron at AMC probably know Harkness as a screen maker,” Ashcroft said, “But, in fairness, screen making is not the biggest part of the industry, therefore I would not expect those two industry leaders to actually know that much about what Harkness have done over the last 90 years.

“I do think they will be interested in how we can contribute to their individual restart phases. As we already have a supply line to their cinemas already, we can provide aprons, seat covers, droplet visors and sanitisers to the cinema supply chain very easily.

“There are definitely things that we have done over the last 90 years, as well as some things over recent weeks, that cinema operators can surely benefit from and we are hoping to talk directly to them about those things.”

When COVID-19 reached the wider world, Harkness Screens announced that they would be turning their attention to the use of PVC in manufacturing Personal Protective Equipment (PPE). The production of this PPE would involve the use of Harkness’ core skills of cinema screen manufacturing and to create medical curtains and aprons.

At the request of Indian Authorities, Harkness’ are manufacturing medical visors, using 3D printing technology, Harkness aims to provide those on the front line with the necessary protective equipment, in order for them to combat COVID-19 effectively and safely.