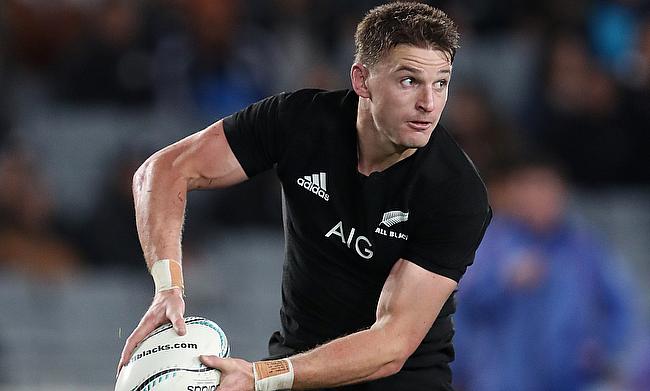 There could be a fresh look to the All Blacks when they take on Ireland in July, during the three Test series matches in New Zealand, after head coach Ian Foster added six new faces to his vastly experienced 36-man squad.

Selectors and coaching staff are keen to shake things up a little, eager to cast aside memories of their poor conclusion to 2021.

During the Tudor All Blacks Northern Tour in October and November 2021, they suffered back-to-back losses against Ireland in Dublin and France in Paris, having comfortably beaten the USA, Wales and Italy in the previous three games. Following their slide to third in the latest World Rugby Rankings, behind France in second and South Africa in first, New Zealand has the opportunity to exact some revenge on visiting Ireland and restore their pride.

The opening match of the Test series will take place on Saturday 2nd July, at Eden Park in Auckland. The second encounter is scheduled for Saturday 9th July, when the Forsyth Barr Stadium in Dunedin plays host to the two sides. The third and final game will be held on Saturday 16th July, with a bumper crowd expected at the Sky Stadium in Wellington, as the 2022 Steinlager Series between Ireland and New Zealand concludes.

Prior to November 2016, the Ireland rugby union team had never enjoyed a single victory against New Zealand. Since that landmark date and including the memorable 40-29 win, three of the last five encounters between the two sides have gone the way of the Irish. However, there is one important caveat when looking at the recent history of results, given the All Blacks have still never lost against their northern hemisphere rival on home soil.

Interesting to note is where Ireland secured their wins against New Zealand. The first ever 2016 victory against the All Blacks was at a neutral venue, hosted at Soldier Field in Chicago, United States. Just a few days later when Ireland hosted New Zealand at the Aviva Stadium in Dublin, they were beaten 9-21 by the visitors. In November 2018 Ireland ran out 16-9 winners in Dublin, achieving only their second triumph against the All Blacks, although this was followed by a thumping 46-14 by New Zealand in the 2019 Rugby World Cup Quarter-Finals.

Huge result for Ireland as they beat the All Blacks 29-20 in Dublin ???? pic.twitter.com/vPVJFxqNgf

As the odds for the three-test series in July begin to emerge at leading bookmakers, nobody will be surprised to find New Zealand being tipped as favourites against Ireland, although comparing odds to find the best value will certainly be worthwhile. This is where independent and impartial bookmaker reviews via SBO can prove highly useful, covering all the best betting sites available in different regions throughout the world, providing insight and advice for all the most popular betting markets.

Nevertheless, the oddsmaker will also be mindful of how Ireland has improved over the last several years, rising to fourth in the current World Rugby Rankings, last updated in March 2022. This was after the Irish team had secured the Triple Crown at the 2022 Six Nations Championship, losing their only encounter against current world number one side France. Within the odds calculations, betting sites may also point at the 29-20 win for Ireland against the All Blacks in November 2021, as the most recent matchup between these two sides.

Foster looks to new energy for the All Blacks

“It will be a pretty massive series,” All Blacks head coach Foster told the Irish Independent, expecting three competitive and challenging encounters against the Irish rugby union selection, whilst hopeful his new additions can add some impetus to his own side. “Sometimes it’s about relying on the new energy to bring a little bit more out of the players that have been there for a while. The full New Zealand squad is as follows: