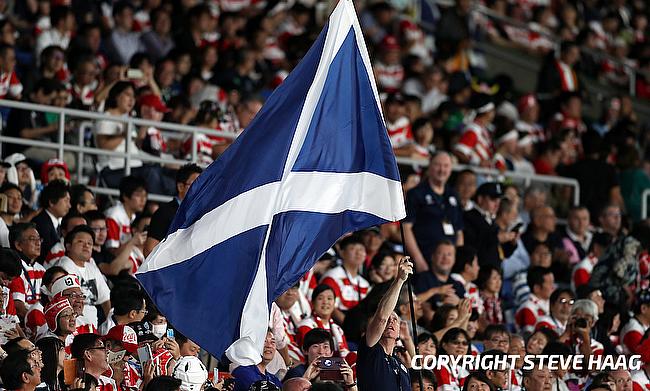 Scottish Rugby has named former Scotland and British and Irish Lions international John Jeffrey as the interim chairman of the board.

The 61-year-old has played 40 Tests for Scotland between 1984 and 1991 apart from a solitary Test for the British and Irish Lions in 1986. He will now take over the role from Colin Grassie, who held the position since 2017 after joining the board as an independent non-executive director in 2012.

He was part of the 1990 Grand Slam winning Scotland side and also held a role with World Rugby Council while also being the head of referees since 2010.

“I previously indicated my intention to step down in August this year however with the swift and successful completion of the CVC investment into PRO14 and by extension into Scottish Rugby, now is a perfect time to hand over the reins," he told in a statement released by the Scottish board.

“I have been privileged to be an Independent Non-Executive Director and Chairman of the Board at Scottish Rugby in a sport I love at a crucial period of its development.

“We have achieved many great things over the years as a Board and as a sport. Whilst noting we have, like all sports, challenges all around.

“I leave with great pride and gratitude to my fellow Board members past and present and acknowledge the hard work of all our staff and volunteers, who do so much to support our great game.

“I am also very pleased to be able to hand the Chairman role over to John Jeffrey, an outstanding player, leader and sports administrator.

“With JJ’s knowledge of the game, and wealth of experience at Six Nations and World Rugby, the Scottish Rugby Board will be very well served.

“We face, as a result of the COVID-19 pandemic, significant challenges as a sport but I know the Board at Scottish Rugby will remain focused on guiding the whole sport from the grassroots to the national teams through this crisis in the most sustainable way it can.

“May I finally pass on my thanks to colleagues in other Unions with whom I have always appreciated working closely over the years.”