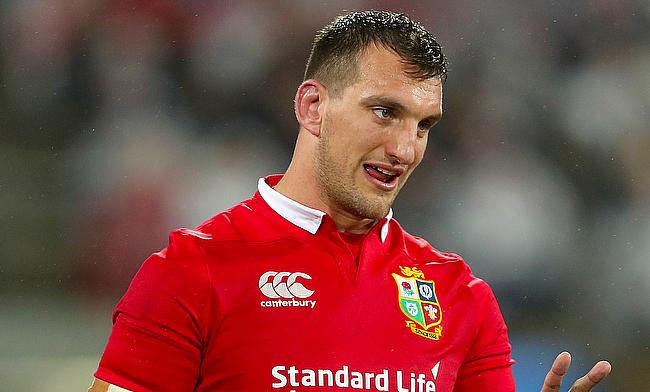 Former Wales captain Sam Warburton revealed that he planned to secretly abandon British and Irish Lions' tour in 2017 ahead of the second Test against All Blacks in Wellington.

According to his new book 'Open Side' published by Wales Online, the 30-year-old said the physical and emotional pain he endured following the 30-15 defeat in the first Test at Eden Park in Auckland pushed him close to quit the tour midway.

With Wales posied for the Rugby World Cup and going in as top conders according to comeon, his account will resonate with those players currently in Japan who will need to beat 7 sides to lift the Webb Ellis trophy.

"Why am I putting myself through all this pain - all this pressure - when I could be doing something – anything – else?" Warburton wrote. "Why am I in a job which, right now, I detest?

"Before I go out to play these days, I have to take neck-pain tablets, while the physios strap me up like an Egyptian mummy. I have to stand there, butt naked in front of them, cupping my twig and berries, while they bind my knees, my ankles, my shoulders and my elbows.

"I pull back the curtains and look out. Below me is the Wellington waterfront.

"It's quiet and empty, but earlier this evening, it was packed, as it will be tomorrow night. Many will be wearing red rugby shirts and will have saved up for years to come all the way across the world, just to watch us play.

"Two in the morning and no-one to talk to.

"I need to talk to someone. There are several people I could call, but there's only one person I know will really understand.

"Her voice is full of concern. It's lunchtime back home in Cardiff.

"She knows what time it is where I am and that I wouldn't be phoning for no reason.

"'I've had enough, Mum.' My throat is tight with the effort of not bursting into tears.

"'To the airport. Do a bunk, leave all my kit here, get on the first plane home.

"I'll be in the air before they realise I've gone.'

"I didn't, of course. Can you imagine the headlines - THE RUNAWAY SKIPPER.

"And no-one knew, apart from my mum. She talked me down, told me that I didn't owe anything to anyone, so all I had to do was get through this week, and the next and then the series would be over, and I could do what I wanted.

"She was right, of course. She knew the way love for - and hatred of - rugby oscillated within me, because they did for her too".

The decision to continue with the tour proved fruitful for the former Welsh skipper as he led the Lions to a 21-24 win in the second Test in Wellington followed by a 15-15 draw in the final Test at Eden Park that saw Warren Gatland's men finish the series with a 1-1 scoreline.

The series also proved to be Warburton's last at the international level as he went on to announce his retirement in July 2018 after featuring in 74 Tests for Wales and five for the British and Irish Lions. He also featured in 11 World Cup games for Wales spread across 2011 and 2015 editions.