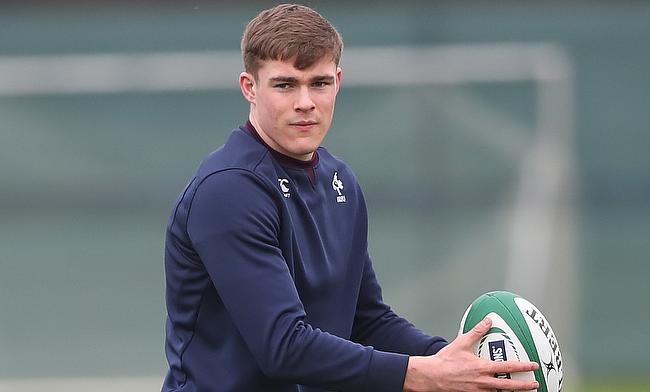 Garry Ringrose named among the stars of 2021
©PA

There is a lot planned for the rugby world this year. If things go according to plan, there is the World Cup, Tokyo Olympics, and British & Irish Lions tour to South Africa. Also, there will be lots of domestic competitions going on.

As betting and casino fans throng back into their favourite platforms for all the action, Jackpot City Casino NZ continues to bring you the best online casino games. It is the leading casino in all slot, poker, table, and live dealer games, among many other player favourites.

We have looked at the likeliest candidates to make headlines for the Rugby World magazine at the end of the year, and this is our final list.

We have so many names being linked with the Lions shirt, and this Scotland winger seems a very popular candidate. The young man born in Edinburgh is renowned for his power and acceleration. He has the rare ability to thunder past opponents with his hands firmly grasping him.

Being part of the Lions contingent is a significant achievement for Duhan van der Merwe after Edinburgh's performances, and featuring on the Rugby World Magazine should come as no surprise.

The Covid-19 pandemic pulled several athletes behind in terms of fitness owing to government emphasis on lockdowns, but Staden thrived most during this time. He has been immense for the Bulls and will undoubtedly be a strong contender for the final list.

His coach Jake White hailed the brilliant 25-year-old flanker as a phenomenal player. “His breakdown skills are phenomenal. The way that he understands the role and understands the timing of what he does – whether he goes in or folds around the corner and waits for the next breakdown – he’s getting better and better all the time.”

Wallabies may have finally found the heir to Toutai Kefu, the strong ball-carrying number 8. In Harry Wilson, they have another superstar. The former cricketer made his debut in the Australia’s opening Test of 2020, and was named at No 8 in the five fixtures that followed.

The Rookie of the Year Award winner will undoubtedly be a permanent fixture at the back for Wallabies and the Reds.

Ringrose missed out on the final Lions squad in 2017, but 2021 is his best chance to lead Warren Gatland’s team in midfield as they tour South Africa. To beat the world champions, the Lions will need both guile and grunt, which is what Ringrose is all about.

Ireland is not short of capable centres, with the likes of Farrell, Aki, McCloskey, and Henshaw all at the top of their game. It is Ringrose who gives a different aspect to the game. In 2020, he was deservedly voted Ireland’s Players’ Player of the Year.

Kildunne scored the decisive try that brought England Women to within a penalty kick of beating France. The 15s star is an energetic athlete who shows up in different forms when put under pressure. The World Cup and the Olympics happening in New Zealand and Japan respectively present a good chance for Kildunne to shine on the global stage.