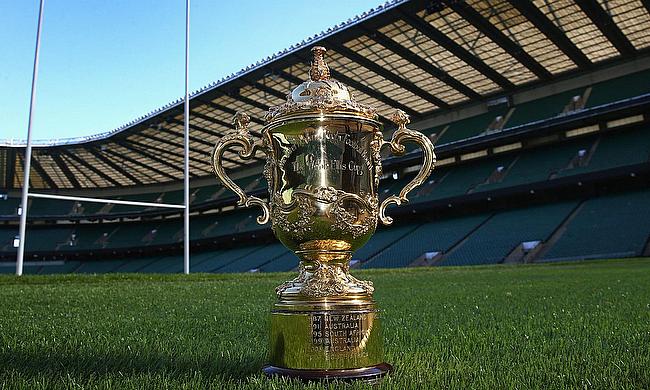 With less than one year until Japan hosts the 2019 Rugby World Cup, preparations for the sport’s showpiece international competition are well underway.

With autumn fixtures fast approaching, we are due to get a close look at some of the leading candidates for World Cup glory next year – here are three of our favourite fancies ahead of the tournament:

The 2018 Six Nations champions will be well backed ahead of the trip to Japan, especially if Joe Schmidt’s men build momentum in the coming months. Retaining the Six Nations crown will be their initial aim ahead of the 2019 Rugby World Cup, though.

Ireland’s series victory over Australia raised a few eyebrows in the southern hemisphere this summer and New Zealand will now view Schmidt’s side as their main rivals for the crown. Watch this space, Ireland will take some stopping if they hit top form next year.

Odds on next year’s competition are available via mrgreen.com/en/betting and price up the Irish at 9/2. Jonathan Sexton’s form and fitness will be huge in determining whether Ireland are genuine contenders or World Cup wannabees.

South Africa are an unknown quantity to a certain extent but recent results suggest that the Springboks should be taken seriously. A series victory over England this summer followed by a shock win over New Zealand in Wellington has propelled South Africa up the standings.

Rassie Erasmus has settled quickly since taking over as South Africa head coach and plenty of punters will fancy the Springboks to prevail next year. If the Boks continue to improve in the coming months, we could be set for a very interesting World Cup. The southern hemisphere has dominated this tournament since England’s win in 2003 and South Africa could be set to claim a third Webb Ellis Cup.

Write New Zealand off at your peril. Steve Hansen’s men have had their doubters in recent times but the All Blacks have just claimed another Rugby Championship and that will be enough to convince most that New Zealand are still the best union side on the planet.

You can learn more about betting strategy via Mr Green but backing New Zealand is usually a solid enough approach when it comes to the Rugby World Cup. The All Blacks will once again head into the tournament as the team to beat.

New Zealand have an unrivalled ability to churn out fresh talent in time for the World Cup and the All Blacks will take some stopping. Hansen’s squad selection will be important but if New Zealand fulfil their potential, they will win the trophy. It is as simple as that.

The tournament may come too soon for the likes of England, Wales and Australia. If you had to look past the three selections, one of these nations might be the team to back. Most importantly of all though, let’s hope for a competitive and successful tournament - it could go down in history as one of the greatest World Cups of all-time if everything goes to plan!