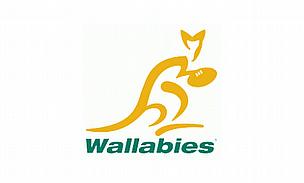 Robbie Deans has made a total of eight changes to the side that were defeated by the tournament hosts last weekend. Adam Ashley Cooper is partnered by Berrick Barnes at centre as Pat McCabe has been ruled out through injury. Dan Vickerman is replaced by Nathan Sharpe, who is set to win his 100th cap, in the second row. Kurtley Beale returns at full-back for Australia after missing the semi-final defeat to New Zealand with a hamstring strain. Deans has named changed all three members of the Australian front row as James Slipper, Tatafu Polota Nau and Salesi Ma'afu replace Sekope Kepu, Stephen Moore and Ben Alexander respectively. The other two changes for the Aussies are to include Ben McCalman, who will play at number eight, and Scott Higginbotham will play as blindside flanker.

Warren Gatland has been forced to change his side as Sam Warburton begins his three match ban on Friday following his red-card in the 9-8 defeat to France in the semi-final. Gethin Jenkins will take over as Wales captain in the absence of Warburton, who is replaced at number seven by Toby Faletau. Ospreys back Ryan Jones fill the void at number eight for Wales and Paul James replaces Adam Jones in the front-row after the Ospreys tight-head prop limped out of the semi-final with a calf injury. Gatland has chosen to rest Alun Wyn Jones for Friday's encounter meaning Cardiff Blues forward Bradley Davies will start alongside Luke Charteris in the second row.

Both sides will be looking to end their World Cup campaigns on a high and secure the bronze medal in a re-match of the 1987 bronze medal match, a game that Wales won 22-21 thanks to a last minute conversion from Paul Thorburn.