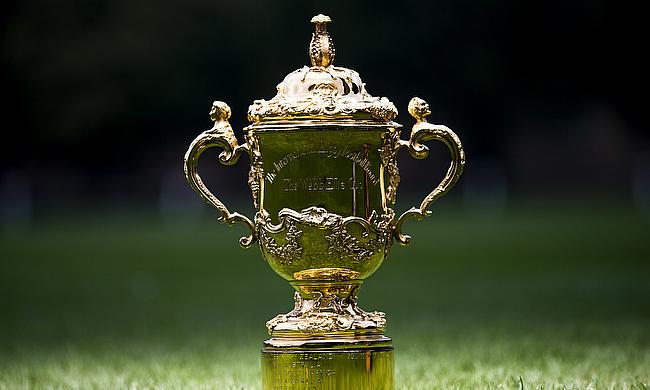 With little over a year and a half until the Rugby World Cup 2023, teams are in full throttle preparing for the prestigious competition...

The quadrennial tournament will take place in France on the 200th anniversary of the 'creation' of the rugby sport while also marking the 10th edition of the Rugby World Cup.

Scheduled to take place over six weeks—from 8th September 2023 to 26th October 2023—the 2023 Rugby World Cup will now have an additional week to allow ample player resting time. In other words, teams will have at least five days of rest between matches at the 'Coupe du Monde de Rugby 2023'.

The stakes are high at the Rugby World Cup, courtesy of the reputable national teams set to grace the event. From South Africa, France and New Zealand to England, Japan and Argentina, betting markets will have highly competitive odds in the respective matches.

Going through some of the best betting sites in Canada, for instance, may give you a concise guide on where to place your stake. Of course, that'll depend on whether you wish to entertain yourself with a bit of side betting in addition to watching the Rugby World Cup matches.

The Springboks won the 2019 Rugby World Cup held in Japan after defeating England 32-12, while New Zealand brushed aside Wales 40-17 in the Bronze Match. Also, South Africa and New Zealand, each with three apiece, have the most Rugby World Cup triumphs, with Australia clinching it twice and England having one title.

Pool A will feature Italy, New Zealand, 2022 Six Nations Grand Slam winners France, Uruguay, and an African team from the qualifying pools. Pool B will have the RWC reigning champions, South Africa, Scotland, Ireland, Spain, and Asia/Pacific qualifier. Heading to Pool C, Fiji will tough it out with Wales, Australia, Georgia and a Final Qualifier match-winner.

Lastly, Pool D will feature Samoa, Japan, Argentina, England and a qualifying nation from the Americas. Key match dates for the 2023 Rugby World Cup will be as follows:

Apart from the Les Bleus clash with the Blacks offering the best possible start to the tournament, what other fixtures could hugely impact as the competition progresses?

Pool A: France vs New Zealand

Dubbed the 'Clash of The Titans', the Les Bleus will take on New Zealand at the Stade de France for the opening match. This isn't the first time the two teams are clashing, having already met seven times in the Rugby World Cup.

The first encounter was at the 1987 RWC Final, where the Blacks emerged victorious with a 29-9 win. However, the most exciting match was the 1999 RWC semi-finals, where France came back from 24-10 down to win 43-31 at Twickenham.

With games still to come against Uruguay, Italy and an African qualifier, this match will impact who tops pool A.

2019 RWC Runners-Up England will start their France 2023 campaign in Marseille against Argentina on day two of the tournament. Having failed to make the quarter-finals in Japan, Argentina will be eager to correct that slight hitch.

Japan are also in the mix, and with only two teams from the pool able to proceed to the quarters, the significance of this fixture cannot be understated. Argentina and England have played it out thrice in previous Rugby World Cups, with the latter winning all three.

Pool B: South Africa vs Ireland

Reigning champions, the Springboks will square it out with Scotland on the opening weekend of the RWC 2023 event. No matter the outcome in Marseille, South Africa still has to contend with Ireland, who gave France a run for its money at the recently concluded Six Nations Grand Slam.

Interestingly, the two sides have never met at a Rugby World Cup, but the Springboks hold 18 wins in their previous 26 match-ups in other competitions. Victory for either side will immensely boost a team's chances of making it to the last eight.

The City of Lyon will host this enticing clash which seems to have become a Rugby World Cup trademark encounter over the years. Excluding the upcoming France 2023 event, Australia and Wales have been in the same pool in three of the previous five Rugby World Cups. Not to mention also meeting in the 2011 New Zealand Bronze Final.

The Wallabies have been victors in the pool games of 2007 in Cardiff, Twickenham in 2015, and the 2011 Bronze Final. However, Wales ended the Wallabies' winning streak against them at the 2019 RWC Pool D games.

Whoever comes on top will have the psychological edge in Pool C but should also be wary of Fiji's threat.

This is just the tip of the iceberg regarding the pool games scheduled to take place. Each team will pose a threat, so you cannot write off anyone's chances. With the ongoing qualifiers and squads changing, only time will tell when RWC kicks off in earnest.