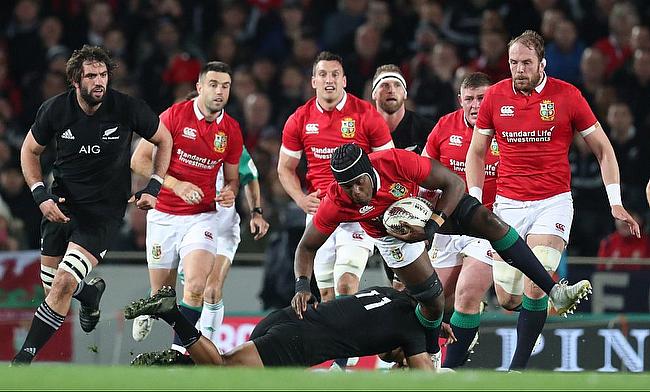 Rugby union may be a sport that’s full of high emotion and lightning fast action – as the British Lions’ drawn tour of New Zealand has just proved.

It’s also a sport full of big characters who also happen to be men mountains, even amongst the backs. But often they like to do their talking on the field, preferring to keep their emotions firmly in check in face to face encounters.

888Poker have profiled a number of sports stars that could really struggle with a game of poker however, the traits displayed by a number of rugby union players could set them in great stead to become truly successful poker players. After all, poker might not be a game where great physical strength is needed but the same stamina and stoicism that rugby players rely on is also important - as is being able to keep emotions under control and hidden from opponents.

Take the All Blacks’ coach Steve Hansen who has remained restrained in what he has said throughout his coaching career which has included stints with Canterbury and Wales as well as his current post. For example going into the series that has just been completed he remained tight-lipped about their prospects, even though the Kiwis had warmed up for the tour with a complete 78-0 destruction of Samoa. As it turned out he was right to take this approach but even after the series was drawn he resisted making an out and out criticism of referee Romain Pote whose controversial decision not to award a penalty may have cost them both the win and the series.

For a completely different kind of interviewing style one only has to look at the Saracens’ Director of Rugby the South African Brendan Ventner. His poker playing style would undoubtedly be one of causing frustration and confusion as demonstrated by an interview he gave after his team’s surprise defeat at the hands of Racing Metro. He already had quite a reputation for being outspoken and had even once been fined for criticising the referee in a match against Leinster. So on this occasion his strategy was simply to reword and repeat the question to the obvious annoyance of the interviewer.

Going back to previous era of rugby the player who probably most typifies the strong, silent type of player who would be ideally suited to poker is Welsh legend Scott Quinnell. It was notoriously difficult to prise information from him before or after a game so it’s ironic that he’s now a highly-respected pundit and commentator

Of course, it’s not always a question of being unwilling to speak your mind, sometimes it’s physically not possible, as shown by the in-match interview with Fiji-born Henry Speight still out of breath after scoring a try.

So here are a few of the leading contenders ready to make the transition from rugby to poker table. There may well be many more out there too so maybe one day we’ll be seeing the Six Nations swap the grass of the pitch for the green of the poker table – probably with equally exciting results