Rugby Rumours: Kruis to Japan, Home for Williams, Shields a Saint and Crusing for Cruse 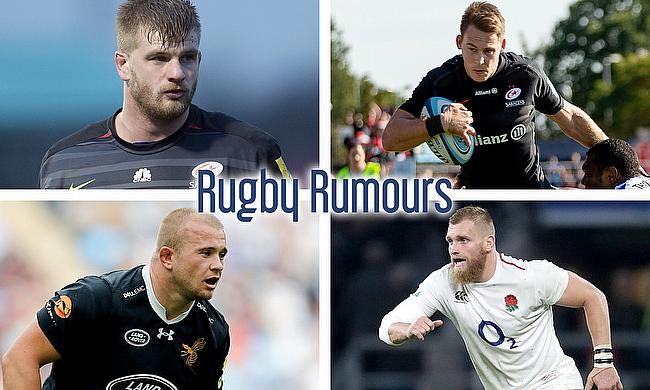 George Kruis is set to leave Saracens for a place in the Japanese Top Leagues with a reported 'lucrative' offer on the table.

The England international wouldn't be the first lock to play there with the likes of Geoff Parling and Tom Savage over there currently.

Another departure from Saracens looks to be their Welsh international Liam Williams, as the Premiership outfit look to get under the salary cap.

CEO Edward Griffiths admitted they would need to release some of their players, and Williams will be one of the biggest, who is on his way to the Scarlets.

Wasps and England back rower Brad Shields has been linked with a move to Premiership rivals Northampton Saints in the near future.

Shields was the captain of Super Rugby side Hurricanes when Saints current Director of Rugby Chris Boyd was at the helm.

Tom Cruse has reportedly been approached by Bristol Bears boss Pat Lamb, on a potential Premiership move from his current club Wasps.

30 year-old Hooker Cruse has been with Wasps since 2016, but could this new offer on the table be enough to take him South to Bristol...