Rugby Against Cancer ready to raise funds and awareness 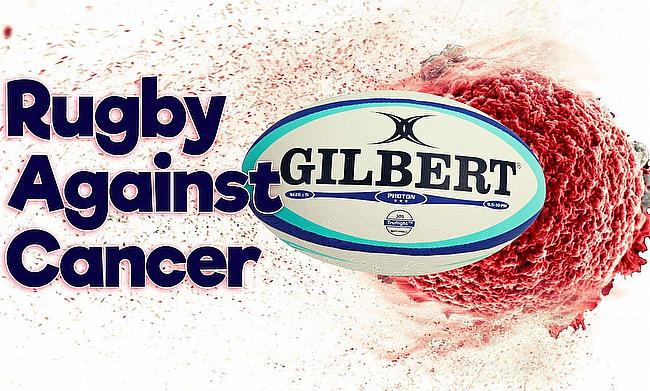 An idea called ‘Rugby Against Cancer’ has recently been launched to raise funds and awareness for local and national cancer charities.

Recruitment worker Aaron Beesley is behind the initiative and is aiming to raise money for three separate charities using the power of the rugby family.

Aaron has chosen Children with Cancer, Teenage Cancer Trust and Bowel Cancer UK as the charities and has a planned family fun day on Saturday August 4th in Portsmouth to help raise funds.

Aaron, who is currently involved with local club Southsea Nomads and has featured for England Deaf, decided to set-up Rugby Against Cancer because he personally knew a lot of people in his local area that had been affected by cancer, including children.

The event next month will take place near Clarence Pier and will included a Women’s and a touch rugby match. In addition to this, there will also be a game between a Barbarians side (made up pf players who have recovered from cancer and players who have lost family members and they will take on a Hampshire elect side made up of people from the forces as well as players from the local area.

Looking for players to pull on the Rugby Against Cancer for first event. We need players who are still playing rugby after beating Cancer or players who have lost close family members to Cancer Comment below if you meet this. Great squad so far but need more. pic.twitter.com/qGwXT2aUiu

Aaron aims to raise as much money as possible and admits £1,000 for each charity would be “fantastic.”

The 30-year-old is involved with charity events at his local club which included the 10s tournament (which also takes place in August), but Rugby for Cancer is his fundraiser which is gaining momentum.

Bristol Bears’ Joe Batley is fully behind the idea and Aaron has also managed to gain more support from Premiership players including Bath’s Matt Garvey as well as referee Tom Foley, who dependant on his schedule, could officiate the Barbarians match.

Aaron said: “I wanted to start raising awareness for the cancer charities through the local clubs and it started from there.

“A guy I know quite well, his young son had leukaemia. He is a cancer survivor so a lot of people we know have kids, so we thought let’s focus on the Children with Cancer charity because we all have kids and it would be devastating if it happened to us.

“Teenage Cancer Trust came through Bristol’s Joe Batley who is a Hampshire/Gosport based player and his story has been published quite a bit. He was one of the first people to say ‘let’s make this big’ so we picked Teenage Cancer Trust because they were the guys that helped him out.

“It is difficult because there are so many different charities around, but there is a guy who is one of the big names and personalities in Portsmouth. He is currently fighting against cancer so he said can we do it for Bowel Cancer UK so we chose that as well.

“You can have an idea and lose it pretty quickly so I am glad I took the leap to do this because it is being massively back at the moment.

“The big thing for us is more about awareness. If we can raise a decent amount money for these three charities at the first event, that would be fantastic.”

The highlight of the event in Portsmouth next month will be the Barbarians match and Aaron is keen for Rugby Against Cancer to use the day to help boost the awareness of their initiative as well continue to raise funds for three extremely good causes.

He added: “The biggest fixture will be the men’s match with the first appearance of the R.A.C Barbarians team which will be made up of players that have recovered from cancer who are still playing or who have lost close family members.

“I want to make that team a special team to be involved in so you have got people around you that are going through the same thing you’ve been through.

“It is about raising the profile and we are hoping our upcoming events can do just that.”

If you would like to find out more about the event in Portsmouth on August 4th follow Rugby Against Cancer on:

And if you want to donate to the three charities, go through the social media channels or email rugbyagainstcancer@gmail.com.