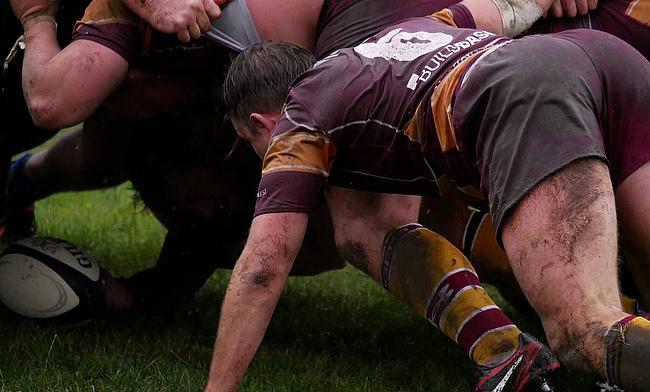 Watching the Premiership highlights programme on BT Sport, it was fascinating to hear reference to National 1 and Blaydon Rugby Club. A former player was making his debut in the Premiership with Newcastle Falcons. A testament to the player and both clubs. The gap between National Leagues and the Premiership seems to be closing; or is it?

Blaydon find themselves in #Nat2N this season and have found it a difficult start; the Falcons are flying high in the Premiership with excellent results and an attacking style.

During September the RPA's Chairman, Christian Day wrote an excellent feature looking at the issues faced by professional players and thereby kick started a debate that made it to the BBC and the Times - illustrious company indeed. A key point for debate has been the apparent injury crisis in the Premiership and World Rugby's law variations. Could it be this injury crisis that is presenting opportunities for National League players?

Watching Harlequins v Sale and Castleford Tigers v Leeds Rhinos this weekend, gave the impression that the new rugby union laws have meant the codes have converged still further. With no contest at the ruck, the tackle appears very similar but in union there are more players across the pitch with less space. The commentators pointing out that there are nearly 50 extra collisions per Premiership game. James Simpson-Daniel on BBC 5 Live reminding us that these collisions are being made by bigger, quicker and more powerful players. The tackle, or is it collision, now requiring players to win the collision not just tackle.

The requirement to make positive tackles seeming to be key to a players' Monday morning analysis. The tackle may be positive but is it now at any cost. Could a successful positive tackle with poor technique be a contributing factor to the Premiership's apparent injury crisis.

The National Leagues are managed and run by the NCA (the National Clubs Association represents rugby clubs in tiers 3 and 4 of English Rugby. www.NCARugby.com) an integral part of the RFU. Some of England's most iconic rugby clubs play in these leagues.

Those 1000+ players that were on the pitch on Saturday will have played Premiership, A League and Championship or will be starting their journey to join the elite of professional rugby players. Their clubs will be ambitious and will have in place a professional structures on and off the pitch. At a guess there were 20,000 fans watching National League rugby this weekend. It's a flourishing place to be and the RFU & Premiership know that. The dilemma for these bodies is how to fund its development.

The RFU have instigated upgraded coverage of the women's Tyrell's Premiership, the GKIPA Championship and the National Leagues this season; all 3 sporting new websites and social media. The England Rugby website has attempted to incorporate weekly wraps and video trylights. The improved coverage is welcomed and the team at Talking Rugby Union continuing their exclusive coverage but working exclusively with NCA Rugby to further promote National League coverage.

Talking Rugby Union, a U.K. based independent rugby news portal has joined together with the NCA (National Club's Association ) for the RFU National Leagues 2017/18 season. Representing tiers 3 and 4 of English Rugby the NCA have worked with TalkingRugbyUnion to develop a multi media strategy that can deliver exciting rugby news to the phone and screen.

Max Ashcroft, a current National League player, from TalkingRugbyUnion commented, "Our aim for the partnership between ourselves and the NCA, is to provide high quality content for players, coaches and fans of the National Leagues." The National Leagues, known by players and fans as Nat1 and Nat2, continues to produce and develop Premiership players. Recent players include Mike Haley, Maro Itoje, Joe Launchbury and Guy Thompson.

By working alongside each other, TRU will produce previews and reviews for National One and both National Two leagues as well as the top stories and exclusive interviews which relate to individual clubs. It will also allow both TRU and NCA to build and increase the popularity of the National Leagues. There will be further fan engagement on multiple social media platforms. Chris Heal, TalkingRugbyUnion's Chief Rugby reporter pointed out that this new plan allows them to highlight wonderful imagery taken by club photographers and volunteers.

As part of the partnership, followers of the National Leagues will be able to access the new NCA website throughout the season for all the latest fixtures and results so they can keep right up-to-date with how their club is performing during the campaign.

So as National League Rugby continues to develop, a huge congratulations to Trevor Davison who made his Premiership Rugby debut over the weekend.