Raiders and Titans face off in National Two South 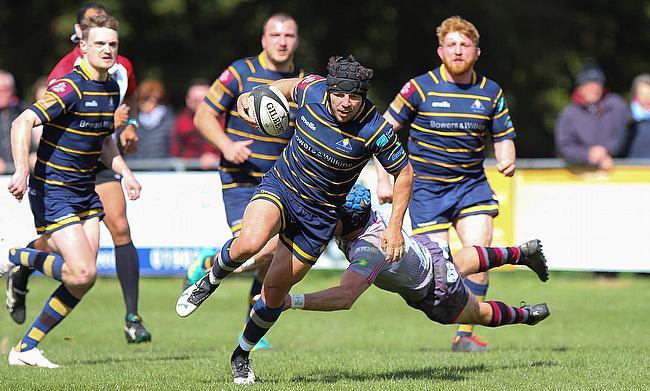 After the dust had settled on Round Two, Henley Hawks and Tonbridge Juddians lit up the headlines but this weekend two more unbeaten teams step into the limelight.

Table toppers Henley will look to maintain their perfect start against newly promoted Bournemouth and TJs host Old Redcliffians, but Taunton Titans’ clash with Worthing Raiders stands out at this early stage of the season.

Both clubs have two victories to their name and Taunton have flown out of the blocks once again whilst the Raiders have impressed after finishing last year in the bottom half of the division.

Clifton are also another side who are unbeaten so far this season and the Lavender and Blacks entertain Bury St Edmunds on Saturday while their Bristol rivals, Dings Crusaders, will be searching for their second win of the campaign at Esher.

Can Bournemouth halt Henley Hawks? It will be a tough task for them on Saturday afternoon because the hosts have made a blistering start to the new season. Nigel Dudding’s side have been utterly dominant in the opening two rounds and emphatic wins against Sutton & Epsom and Old Redcliffians highlights this.

????????Hawks flying high after another great performance this weekenD ??????

They kept up some incredible intensity in some hot ?? conditions

Now back to the graft...

In total, the Hawks have scored 96 points in their first two games whereas Bournemouth have shipped 86. The newly promoted side have lost both of their matches against Taunton Titans and Worthing Raiders so in truth, a trip to Dry Leas is a daunting prospect. However, the Lions didn’t win 25 of their 26 fixtures last season for nothing so the visitors will do everything in their power to cause an upset.

Two games in and Tonbridge Juddians are displaying all the credentials of promotion candidates. After missing out on a play-off spot by just a single point last season, Peter Dankert’s side have flown out the blocks thus far, which is emphasised by convincing wins over Leicester Lions and Sutton & Epsom.

TJs won 74-14 last week so for Old Redcliffians to be travelling to Kent following their 50-0 loss to Henley Hawks, suggests their will only be one outcome in this fixture. Alex Davies’ side were outclassed at Scotland Lane in Round Two, but Old Reds did only lose 29-27 to TJs in this fixture last year so a similar performance could yield their first victory of the new season.

So far, Taunton Titans and Worthing Raiders have begun the season very impressively. The Titans have made their usual quick start by securing wins over Bournemouth and Redruth so the early signs do indicate that Tony Yapp’s side are harbouring top two ambitions yet again this term.

For Worthing, they have also tasted victory in both of their fixtures against Old Redcliffians as well as Bournemouth and the Raiders may fancy their chances of sealing a hat-trick of wins when Taunton arrived at Roundstone Lane for their first away match of the campaign. Both sides are yet to suffer a defeat so who will come out on top in Sussex on Saturday?

Clifton achieved an excellent sixth placed finish last term and it looks as though Matt Salter’s side are determined to build on that achievement. The Lavender and Blacks have made a strong start to the season and a derby day triumph over Dings Crusaders in Round Two will only add to the positivity around Station Road.

They welcome Bury St Edmunds to Bristol in Round Three and last Saturday’s clinical display against Westcliff will certainly have brightened their spirits after an opening day loss to Old Albanian. The Wolfpack’s away form in the last campaign was actually better than their win percentage at home so Nick Wakley’s men will be hoping for more success on the road in this weekend.

After a narrow defeat in Round One against Redruth, Esher’s National Two South campaign roared into life in some style. Peter Winterbottom’s men were involved in a thrilling contest against Barnes last Saturday and the Surrey-based side came away with a 61-34 victory.

Esher will now be hoping to build upon on their opening win when they welcome Dings Crusaders to Molesey Road this weekend. The Crusaders will be aiming to bounce back after losing against Clifton last week and following a disappointing second half performance at Station Road, Stean Williams will be after a reaction from his players in Round Three.

Leicester Lions will embark on the 256-mile round trip to Westcliff this weekend, but Gareth Collins’ side will have smiles on their faces heading into their third game of the season. The Midlands club secured their first victory in this division as they produced an excellent performance to beat Old Albanian and this weekend, they may fancy their chances of clinching a maiden away triumph in National Two South.

Newly promoted Westcliff would have been frustrated to see a lead dissolve against Dings Crusaders in their season opener, but there were encouraging signs for Rick Compton and Jacob Ford to carry into their second fixture with Bury St Edmunds. However, a 53-17 defeat emphasised the challenge which faces Westcliff this term, but back at The Gables, the home side will be keen to put on positive display in front of their own fans.

After an excellent opening day performance and victory over Bury St Edmunds, Old Albanian would have been disappointed with their away defeat to Leicester Lions last weekend. By half-time at TMDP Park, OAs had a mountain to climb and despite a better showing after the break, 26 points was too big of a deficit to claw back for James Buckland and James Osborn’s side.

Having experienced both positive and negative displays in the first two weeks, OA’s will be keen to produce another strong outing in Round Three when they host Sutton & Epsom. The newly promoted side certainly showed snapshots of what they are capable of against Henley Hawks at the start of the month (despite a 46-5 defeat), but last week they experienced the brutal nature of National Two South. Jeff Parsons side lost 74-14 to Tonbridge Juddians so they will be keen on bouncing back as quickly as possible from a chastening result.

Following a pleasing 10-8 win over Esher in Round One, Redruth were second best last weekend as the Reds fell to a defeat against Taunton Titans. Nigel Hambly’s side are still trying to find the right formula on their travels, but back at the Recreation Ground, they do seem to be a different proposition.

Redruth have won six of their last eight matches on their own patch so that is the task which awaits Barnes on Saturday. Joe Gray’s men have scored 65 points in their opening two matches, but are still without a victory to their name. A last-gasp loss to Clifton was followed by a pulsating contest with Esher, but on both occasions, Barnes were on the wrong side of the result. They will be desperate to respond this weekend and in fact, they did beat Redruth in Cornwall back in March so they will be hoping for a similar outcome so they can achieve their first win of the campaign.