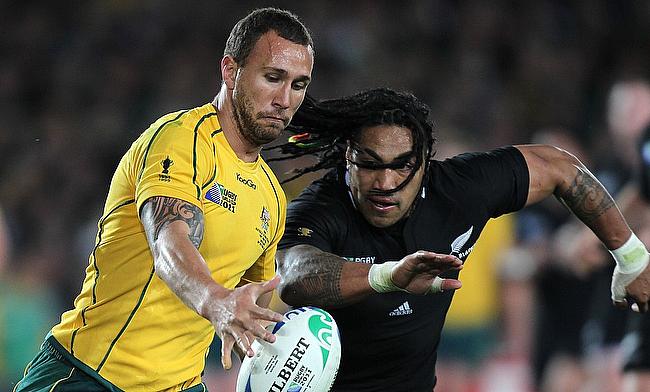 Barbarians have confirmed that Australian playmaker Quade Cooper will be part of the squad as they face Samoa in the Killik Cup for the clash against Samoa to be played on 27th November at Twickenham Stadium.

Cooper recently made a comeback after four years for the Wallabies and was a key factor in them completing a double over Argentina and South Africa that saw Dave Rennie's side finish second in the table.

Meanwhile, South Africa international Steven Kitshoff will be part of the Barbarians squad for the second time alongside his Springboks team-mate Frans Malherbe.

Two more players from South Africa including Malcolm Marx and the star performer in their 2019 World Cup success Duane Vermeulen will also be part of the side.

Meanwhile, Australia head coach Dave Rennie will be in charge of Barbarians and will be joined by Wales assistant coach Jonathan Humphreys.

‘’The Barbarian Football Club has a long tradition of helping many nations across the rugby world,’’ a spokesperson says.

‘’It goes all the way back to the very first international the club played, against Australia in Cardiff on New Year’s Day 1948.

‘’The Wallabies needed money to pay for a roundabout trip home via Canada. The Home Unions’ Tours committee awarded the Barbarians the fixture and it proved a great success in helping the Australians foot the travel bill. We are very happy to be continuing that great tradition.’’