New Zealand - The road to the final 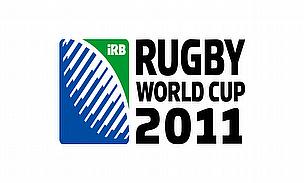 New Zealand - The road to the final

The opening match of the tournament saw a New Zealand side secure a bonus point victory against a spirited Tonga. The stage was set after the opening ceremony and an exciting All Black's backline including Dagg, Williams and Kahui lived up to pre-tournament hype. By half-time the All Blacks had secured a bonus point, going in at the interval with a healthy 29-3 lead. From there it seemed to go downhill for the hosts as they took their foot off the pedal and allowed Tonga back into the game. The result was never in doubt thanks to the first half effort, but critics of the All Blacks had already begun questioning the All Blacks' mentality going into the tournament.

An under strength Japan provided the next opposition for the All Blacks. Within 3 minutes the hosts had signaled their intent with a try from Conrad Smith. It was a sign of things to come as Japan could not cope with the might of the All Blacks. Japan did themselves no favours missing 14 tackles in the first half alone and making many unforced errors. These mistakes gave a New Zealand side, keen to show the World why they are favourites for the tournament, too many opportunities. The half-time score reading a depressing 38-0 for the Japanese. The second half continue in much the same vain as the first “ a clear a resounding victory for the hosts.

The game billed as one of the games of the pool stage turned out to be a complete disappointment. France just did not turn up and after a mere 20 minutes New Zealand were already 19-0 up. France looked disinterested and unorganized. Thankfully a different French side emerged as put up a fight but the damage was done and the All Blacks had secured their 3rd bonus point win of the pool stage.

Following the victory against France, All Black confidence soared and despite late withdrawals from star players Dan Carter and Richie McCaw, the All Blacks romped to another bonus point victory. Among the 12 tries were 4 to winger Zac Guildford, who made the most of his starting berth. The tries flowed freely with backs and forwards all joining in the action. It was yet another outstanding performance from the hosts who finished top of the group with a maximum 20 points, scoring 244 points in the process.

If the All Blacks had impressed during the pool stages, their first half performance against Argentina can only be described as worrying. The hosts, suffering from a long injury list, looked disjointed and allowed the Pumas to slip into a first half lead. It was only down to the boot of Weepu that New Zealand were kept in the game and eventually went into half-time 12-7 in the lead. The second half saw a different side appear. Cruden replaced Slade and injected some pace into the backline, stretching the Argentinean defence. But it was tries from forwards Reid and Thorne that, along with Weepu's ever reliable boot, that extended the lead.

If the start against Argentina was slow and disjointed, the All Blacks running against neighbour and old enemies Australia. The All Black pack was immense across the whole field, giving the side a platform to build from and it wasn't long before Dagg broke through to set up an easy try for Nonu. Weepu missed the conversion, but his subsequent penalties gave the hosts a 14-6 point lead going into half time. All that was needed during the second half was for the forwards to keep on top, which they duly did both in defence and in attack.A further penalty from Weepu and a drop goal from Cruden settled the score, although the result never looked in doubt during the second half.

Picking a star player for the All Blacks is almost an impossible task. Brad Thorn has proved he is a natural leader in the pack, especially evident during the semi final victory over Australia. Dagg has been one of the most exciting backs in the tournament with his line breaks and tries. However, for me Weepu has been the outstanding player for the All Blacks thus far. When Dan Carter was ruled out of the tournament due to injury, New Zealand needed somebody to step up to the plate. Weepu was that man. His kicking has kept the scoreboard ticking over and the added responsibility of kicking seems to have encouraged him to raise his all around game.