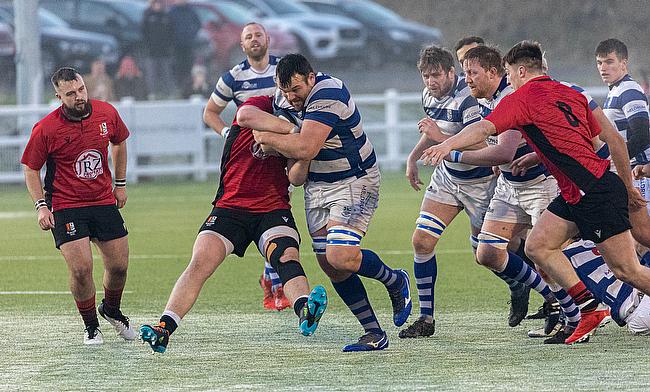 National League Rugby may have had its challenges this year, but the standard of rugby has been excellent
©John Austin

As we enter the festive break, the dust begins to settle on the first half of the National League season. Sixteen consecutive Saturdays have flown by in tiers three and four, and we have now reached the midway point of a gripping campaign.

I’m not sure whether it is because we were without National One and National Two for 18 months, but this current term might be the most competitive I have witnessed since I began covering the leagues back in 2014.

And that is testament to all 47 clubs involved this season. Quite rightly, there was a sense of trepidation and uncertainty when September 4th came around, but what we have been treated to is the National Leagues in all its glory.

One glance at the top of all three divisions and you will understand what I am talking about.

The challenges which our National Leagues clubs have faced throughout the first four months of the season are, of course, a microcosm of society and the bigger picture surrounding the coronavirus pandemic takes precedence over a clash between two possible promotion candidates.

"I want to congratulate you on the Review Show. It is a great concept and it is always a pleasure to watch National League Rugby."

Alongside our live stream announcement, don't forget to subscribe to the Review Show! ?? https://t.co/UnmXIYjmgO pic.twitter.com/b7wSg5BsXO

National League Chairman John Inverdale told me this week that ‘it is impossible to know what the next few weeks have in store’ as Covid-19’s Omicron variant has led to a distressingly similar situation to what we all experienced 12 months ago.

But despite the concerning times which might lie ahead, Inverdale has been delighted by the commitment of the clubs after such a long hiatus without rugby, and that should be celebrated over the Christmas period.

There has been a ‘collective will’ to enhance the quality of the game at levels three and four both on and off the pitch so let us start with the on-field matters.

Before Covid curtailed the 2019/20 season, we were experiencing a fascinating title race in National One between Richmond and Rosslyn Park, and the latter approached this campaign in the same manner. Kieran Power’s half-term report would probably have a grade ‘A’ circled at the top of it as his side currently sit at the summit, but a recent defeat against Cambridge has given the title race a new lease of life.

Cinderford will be satisfied with how they have performed and given they went through a mini-blip in form during November and the beginning of this month, Paul Morris’ side are only three points behind Park albeit having played a game more.

But perhaps it has been the form of Sale FC, Caldy and Cambridge which has added more intrigue and excitement to National One. Both Sale and Cambridge finished in the bottom half of the division in 2019/20 whilst Caldy won the National Two North title, so it is probably safe to say no-one expected this trio to be in the promotion picture at this stage of the campaign.

Take Caldy, for example, and they should give you an insight into how each of the clubs have performed. Gareth Davies charges have lost just one of their last 12 matches and the consistency of the Wirral outfit - alongside their North West counterparts and the Blood and Sand - has to be applauded.

If Caldy fall under the bracket of ‘surprise package’ in National One, Hull firmly have that tag in National Two North. Gary Pearce’s side settled for a midtable finish when the RFU worked out the league standings back in April 2020, but the Yorkshire club have been a breath of fresh air in a relentless battle for pole position.

Just two defeats from their first 14 games leaves them one point clear of usual suspects Sedgley Park whilst Stourbridge, who won their opening 10 matches of the campaign, Rotherham Titans, who remain unbeaten, and the great entertainers, Fylde, make up the rest of the crew fighting for promotion.

Six points separates the top five in National Two North so if that attracted your attention, wait till you clasp eyes on National Two South.

Three points is the difference between league leaders Redruth and third-placed Esher, but with many teams having games in hand, it could create the perfect storm for a serious title tussle. It would also stick to the status quo in this division as the last two seasons have produced captivating promotion races.

You could argue the top eight all have the capability to mount a challenge for top spot and the intense jostling for position has not waned since the first whistle was blown in September.

The full-throttle nature of this season has also been captured on The National League Rugby Review Show. Since Inverdale took over the reins from Norman Robertson, he has continued to try and raise the profile of the divisions and the weekly highlights show is undoubtedly a step in the right direction.

Hosted and produced by Warren Muggleton and assisted by the Talking Rugby Union team, the show seems to have been a big hit with fans of National League Rugby, who subscribe to gain full-season access to every episode.

Speaking to a couple of coaches this week, they believe the show is sparking more and more interest for the game at levels three and four, and it is something all parties involved what to sustain going forward.

Plans for a first-ever live stream game did fall by the wayside due to the pandemic, but collectively, National League Rugby will continue to try and smash the glass ceiling in order to reach the wider rugby audience.

The support from the clubs has been terrific, despite all the hurdles which they have had to overcome, and even though there may well be more disruptions and bumps in the road in 2022, the narratives which National One, National Two North and National Two South have written for us thus far is something everyone involved with tiers three and four should take immense pride in.