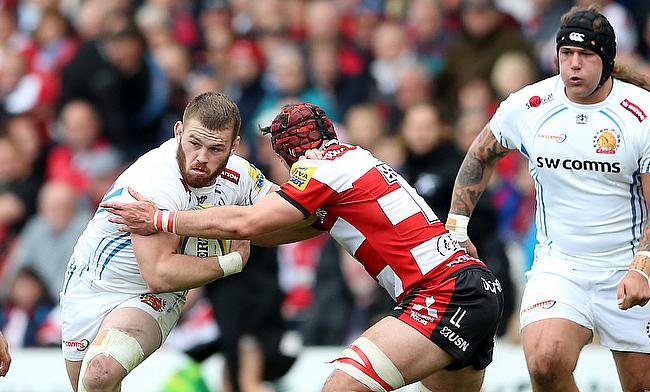 Exeter Chiefs are in contention to complete a double in the ongoing season as they trounced Bath Rugby 35-6 in the semi-final of the Gallagher Premiership at Sandy Park on Saturday.

Exeter continued to press on early but the breakthrough eventually came in the 17th minute when Jonny Hill dotted down and Joe Simmonds followed with the conversion. Rhys Priestland led Bath's response with back to back penalties but Exeter got their second through Luke Cowan-Dickie in the 30th minute and Simmonds improved it.

Exeter were reduced to 14-men temporarily before the break when Hill was sin-binned in the 35th minute for a shoulder charge on Taulupe Faletau but as Bath failed to capitalise on the numerical advantage as the opening half ended with a 14-6 scoreline.

The home side continued to dominate in the second half as in the back of a line out Sam and Joe Simmonds combined allowing Hogg to go over the line in the left corner and Hill got his second in the 63rd minute to make the scoreline 28-6 before Devoto sealed the game for Exeter with their fifth try to complete a 29-point victory.