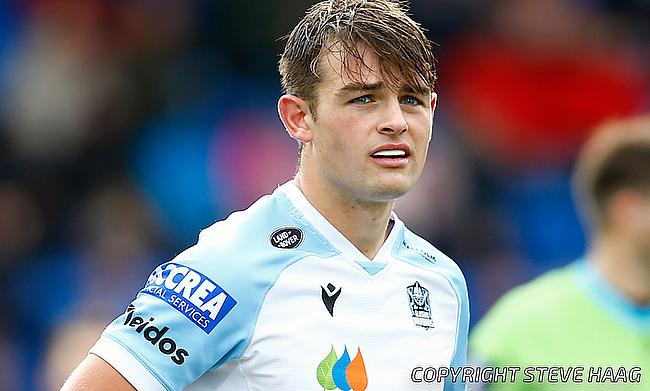 Ross Thompson contributed with 15 points as Glasgow Warriors grinded past Exeter Chiefs with a 22-7 victory in the second round of the Heineken Champions Cup at Scotstoun Stadium.

Both teams now have a win apiece in both the games with Exeter positioned at third followed by Glasgow at fourth.

Disciplinary errors proved costly for Rob Baxter's men as they failed to capitalise on opportunities with their first point in the match coming in the 70th minute which proved too late while Glasgow will be relieved to get their first win after a narrow defeat to Stade Rochelais in the opening round.

The opening points in the game came in the 13th minute as Thompson kicked a penalty goal to take a 3-0 lead but the Scottish regional club could not quite translate it into points as the rest of the opening half ended with no teams scoring further points as George Turner's effort was put off by a last-ditch tackle by Tom O'Flaherty at the stroke of half-time.

Thompson missed an early penalty in the second in the 46th minute but made amends two minutes later as Glasgow doubled their tally to 6-0.

Exeter's indiscipline provided Glasgow with two more penalty opportunities with Thompson converting one to make it 9-0 with the 22-year-old also kicking his fourth in the 60th minute as it was all one side traffic since then with the Scottish regional club scoring 12 unanswered points.

Rob Baxter's men finally opened their tally in the 70th minute as Sam Simmonds dived from close range after a period of sustained pressure with his brother Joe kicking the extras to make it 12-7. Thompson provided comfort for the Warriors with his fifth shot in the 75th minute making it 15-7 before replacement hooker Johnny Matthews touched down at the back of the maul.

Duncan Weir kicked the conversion and the game's final points as Glasgow went on to secure their first game of the campaign.