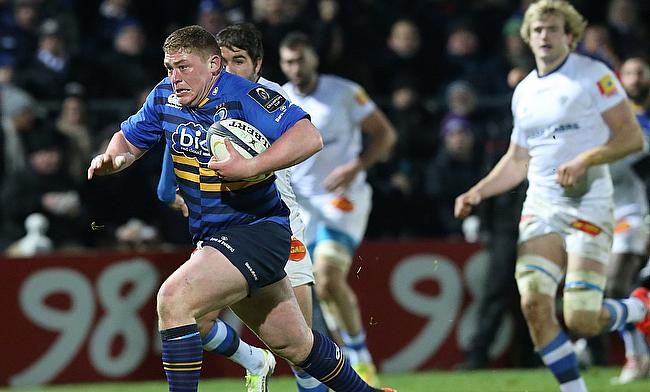 Tadhg Furlong is part of the Leinster line up
©PA

Leinster head coach Leo Cullen has named an unchanged matchday squad for the Heineken Champions Cup final against La Rochelle to be played in Marseille on Saturday.

Tadhg Furlong and James Lowe have successfully recovered from their respective injuries of ankle and shin respectively that they suffered during the semi-final against Toulouse.

Ciarán Frawley, who had a facial injury also saw his place retained over Jordan Larmour with Johnny Sexton captaining the side at fly-half forming halfback partnership with Jamison Gibson-Park.

Meanwhile, Brice Dulin starts at fullback for La Rochelle pushing Dillyn Leyds to right wing and Jules Favre to the bench. Tawera Kerr-Barlow is out of the encounter after sustaining a hand injury during the semi-final against Racing 92 with Thomas Berjon coming at Racing 92.

Victor Vito is also out with an ankle injury making way for Matthias Haddad to start at openside with Australian lock Will Skelton also part of the starting line up.